San Francisco native Duffy Jennings first joined Joint Venture Silicon Valley in 2008 as Vice President of Communications after enjoying a distinguished career as a corporate communications executive, public relations consultant, and journalist. He retired—or rewired?—from corporate life in February 2019 and, with the release of his memoir, Reporter’s Note Book: A San Francisco Chronicle Journalist’s Diary of the Shocking Seventies, in June 2019, added author to his list of achievements.

Duffy covered the 1978 San Francisco City Hall assassinations of Mayor George Moscone and Supervisor Harvey Milk and the murder trial of Supervisor Dan White that ensued. He also covered the Patty Hearst kidnapping and the Zodiac and Zebra serial killers. He won the International Association of Fire Fighters national newswriting award for his series, “Riding with Engine Co. 21” as an embedded firefighter. His writing has appeared in Rolling Stone, San Francisco Magazine, San Jose Magazine, and Great Crimes of San Francisco, among others. 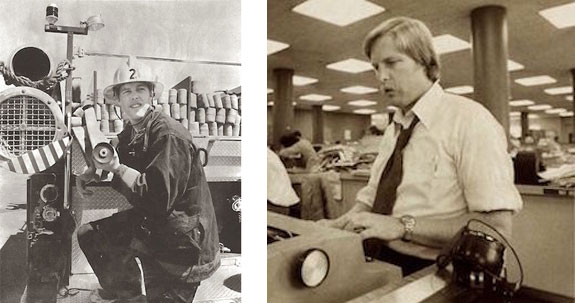 By 1980, a shell-shocked young Duffy left the Chronicle to be the San Francisco Giants’ publicity director and launched his career as a public relations “flack.” He was vice president of strategic communications with the Silicon Valley Leadership Group for a year in 2007, and held senior executive roles with The Enterprise Network of Silicon Valley and e-commerce startup Fogdog.com.

“During the Dot Com boom, I had the privilege to watch a true master. Taking his vast experience in professional sports news and media, Duffy built a public voice which helped propel Fogdog to literal rock-star status in the new world of e-commerce.”

“I wrote my memoir for two reasons,” Duffy said. “First, as a reporter I was lucky enough to have a front row seat to a number of historic events and I wanted to convey the sense of history and the events that dramatically changed the Bay Area in the 1970s. Second, I wanted to pay homage not only to the role of print journalism but to my parents, who were both flawed but fascinating characters who shaped the writer I became.” 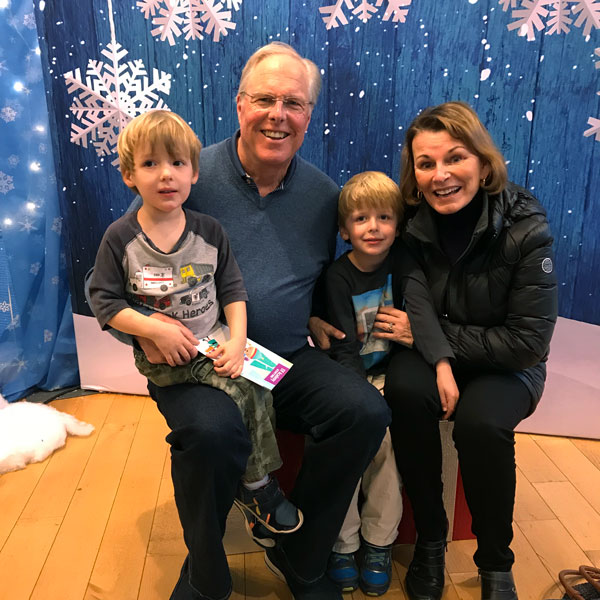 Jeff Helfand, Duffy’s former colleague at Fogdog Sports, recalls, “Duffy's contributions created shockwaves of great press for us! During the Dot Com boom, I had the privilege to watch a true master. Taking his vast experience in professional sports news and media, Duffy built a public voice which helped propel Fogdog to literal rock-star status in the new world of e-commerce.”

While he was with the San Francisco Giants, Duffy supervised media relations, community relations, publications and public relations. He managed 1000 media from around the globe when the 1989 Loma Prieta earthquake interrupted the World Series at Candlestick Park, and won numerous accolades for his team publications, for co-founding the Giants Community Fund and establishing the Giants Alumni Association.

“Duffy was the greatest ever. We were so lucky to have him and we wish him the very best with deep gratitude.”

His contributions to Joint Venture were significant. He crafted more than 100 profiles of luminaries during his eleven years at Joint Venture. His subjects included the most prominent names in Silicon Valley: from Netflix CEO Reed Hastings and philanthropist John A. Sobrato to Sal Khan, founder of Khan Academy. Duffy’s writing style always brought texture and a touch of humanity to each of his subjects. 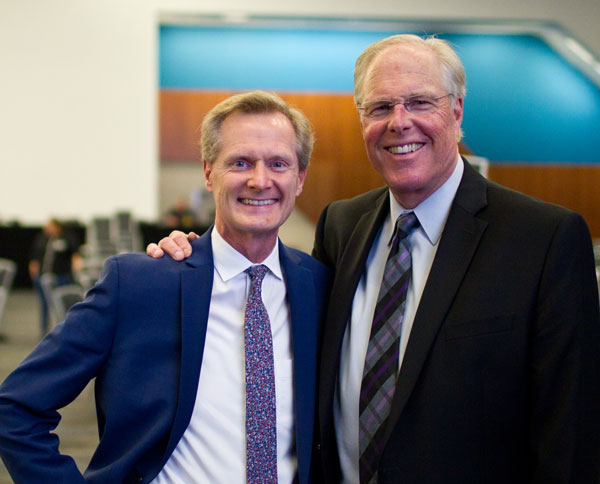 Joint Venture’s team of experts came to admire and rely upon Duffy as a sounding board and a friend. Tall with piercing, kind blue eyes, it was Duffy’s pen that became the voice of Joint Venture during his tenure.

“Duffy was the greatest ever. We were so lucky to have him and we wish him the very best with deep gratitude,” said Russell Hancock, CEO of Joint Venture and Duffy’s boss for his entire tenure.

Duffy’s memoir, Reporter’s Note Book, sold out in presales and currently has a hefty backorder of eager readers. The book’s first reviewer on Amazon gave it five stars, calling it a “brilliant account of his time at the San Francisco Chronicle,” and stating it was “beautifully written.” There is no doubt that readers will be on the edge of their seats, hoping for more from Duffy Jennings. Whatever experiences he writes about next, we hope he’ll be able to find his old note books.

Duffy currently lives in Danville with his wife, Bonnie Becker. He has two grown children by a previous marriage, a step-daughter, and two step-grandsons.