“Labor is prior to and independent of capital. Capital is only the fruit of labor, and could never have existed if labor had not first existed. Labor is the superior of capital, and deserves much the higher consideration.”

Why choose a career in organized labor? David Bini, a member of the board of Joint Venture Silicon Valley, points to personal experience.

Bini’s father was a truck driver and card-carrying Teamster at a time when one good income could support a family in Campbell. That enabled David’s mother to stay at home, after having worked as a fruit-picker and meat packer.

“When I first went out into the job market, I found work that wasn't a union job,” Bini recalls. “It took a while to recognize the connection between a union contract and the solid middle-class lifestyle my parents enjoyed.”

Today, at 50, Bini serves as Executive Director of the Santa Clara & San Benito Counties Building & Construction Trades Council (BCTC). In that role, Bini advocates for the 24 construction trades or “crafts” that have organized to ensure fair wages and to provide training for the members that include iron workers, plumbers, painters, electricians, and others.

“David excels at communicating complicated things. He takes on formidable tasks without blinking an eye – he just does it. He doesn’t mind the hard stuff,” says Sal Ventura, a former Assistant Business Manager with IBEW Local 332. 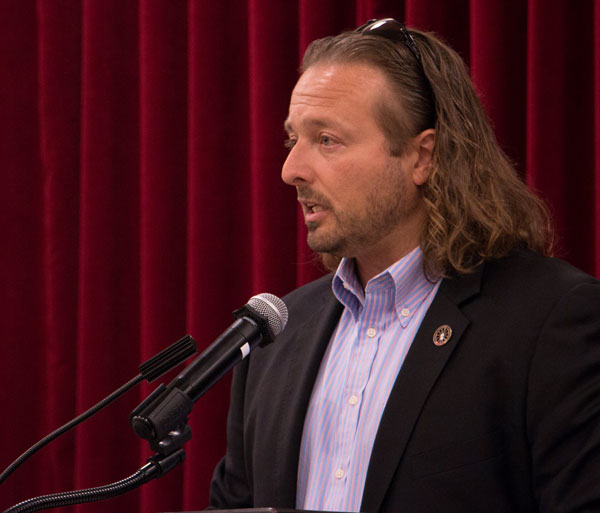 Bini can be found on the front lines when issues make headlines. In 2018 and just weeks into his new role, hundreds of construction workers rallied outside a non-union condominium project following the death of a worker. Bini stood out front to speak on and raise awareness of wage inequity, unsafe working conditions, and human trafficking.

"In the non-unionized industry, wage theft is pervasive. Every other construction job you go to you'll find somebody who's not getting their entire paycheck," Bini said at the time. "We need to remain vigilant and continue to enact ordinances that plug those gaps."

It all goes back to that early work experience. Starting first as a machinist, Bini worked his way through an informal apprenticeship yet soon questioned his path and took a stint as a bartender. When a friend offered him work as an electrician, a new door opened.

Within three years of beginning to learn the trade, he gained membership in the International Brotherhood of Electrical Workers (IBEW) where he experienced a stark contrast from non-union work. “I've never looked back,” he says. He worked as a union electrician with Local 332 of the IBEW in Santa Clara County for 14 years, including seven years as Membership Development Representative.

In his experience, union jobs cultivate safety and talent in the trades. “I developed a deep sense of gratitude for my union,” he says. He jumped in with both feet, serving on committees and volunteering whenever possible. He joined the Examining Board and also served as a business agent.

While working as an electrician, Bini advanced his education through labor advocacy courses at San Jose City College and the University of Wisconsin-Madison. He completed a four-year course in trade instruction at the University of Michigan and a labor negotiation workshop at Harvard Law School.

With the BCTC, Bini helps negotiate project labor agreements and the often controversial collective bargaining deals that establish the terms and conditions for construction projects such as the BART extension and numerous corporate campuses. 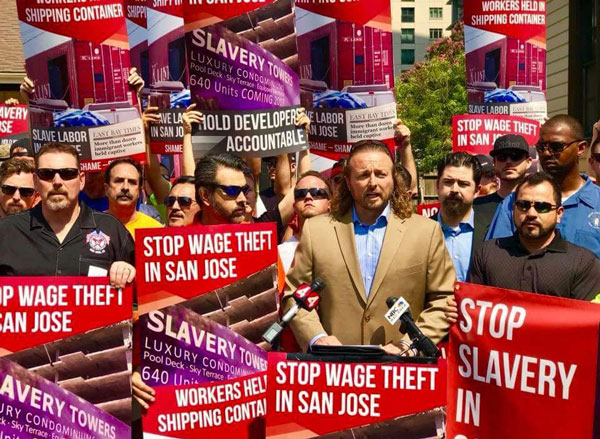 When the San Jose City Council recently voted to require contractors to pay workers a prevailing wage on projects that receive a subsidy from the city, Bini weighed in with additional concerns about workforce standards and provisions for the ordinance that would include guidelines for local hiring, apprentice programs, and for hiring disadvantaged workers.

What enables him to succeed in a sometimes-adversarial role? “I'm not afraid to fail. I'll try things and if I do fail, I find a better path and keep going,” he says as he punctuates his conviction with a quote from Robert Browning: “A man’s reach should exceed his grasp…”.

One year on the job, and he’s had learning curves. “There are multiple crafts, all with various concerns. My job is to find synergies and move all of us forward as one group,” he says. His greatest fear is being bored but the diversity of his work keeps him engaged.

“David’s leadership style is thoughtful, collaborative, and innovative. His skills as a union organizer, ability to empathize, and knowledge of the industry make him an ideal advocate and effective leader for the labor movement. He is curious, forward thinking, and creative in his approach to problem solving,” says Jean Cohen, Political Director for UA Local Union 393.

An affiliate of the South Bay Labor Council AFL-CIO, the BCTC oversees the training and representation of more than 30,000 workers and reflects the diversity of the population. In the South Bay, the BCTC is second in size only to the SEIU (Service Employees International Union).

“David’s leadership style is thoughtful, collaborative, and innovative. His skills as a union organizer, ability to empathize, and knowledge of the industry make him an ideal advocate and effective leader for the labor movement.”

Along with the South Bay Labor Council, the BCTC is active in community, charitable and political causes. They endorse political candidates who “share their values,” and influence election outcomes with a broad policy agenda.

But there’s more to this man than his job.

The first thing you notice as you enter Bini’s otherwise minimalist office is a portrait of Abraham Lincoln with an inscription from the President’s 1861 State of the Union Address. The father of two daughters, ages 11 and 8, Bini also serves on the Executive Board of South Bay Labor Council and on the Measure A 2016 Housing Bond Independent Citizen's Oversight Committee. 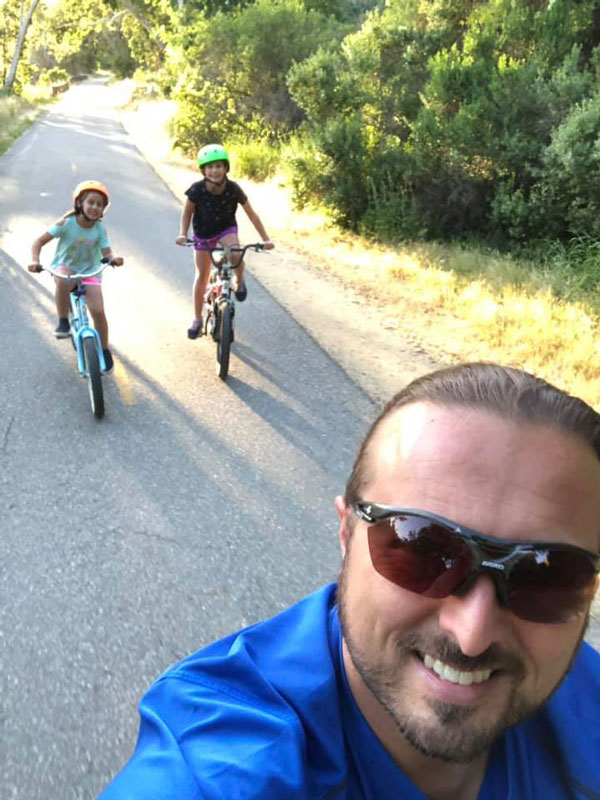 Bini, tall and powerfully built with a warm smile, loves to read (currently reading Philip José Farmer), collects antiquarian books (tucked under his computer monitor: Lee’s Question Settler: A Writing Desk Manual), and loves sci-fi films (Fifth Element, Forbidden Planet). On weekends, he likes to get out of town with his girls to camp and ride bikes.

Bini has deep admiration for Franklin Delano Roosevelt. “He was such a genuine leader. He openly and without reservation, cared about things and about people that he didn't have to. He came from wealth but was informed by his polio disability and was empathetic to folks who had so much less,” says Bini.

At Joint Venture, Bini serves on the board’s audit committee and appreciates how a diversity of Silicon Valley leaders come together in the organization to solve regional issues. “We wouldn’t have these conversations without this forum. I just wish more people knew about it,” he says.

“We wouldn’t have these conversations without this forum.”

As a Santa Clara County native, Bini has seen massive changes to the region and is especially well positioned to speak to future evolution. “Either we're going to improve it and make it work or we're going to worsen the gridlock and people will start going elsewhere,” he posits, offering perspective that shows why he and Joint Venture are such a good fit.

“It doesn't matter how nice it is where you work, if you can't get there, it doesn’t make sense. We must improve transportation. If we can get it right, I see great opportunities for transit villages and infill projects.”

5 Things to know about David Bini