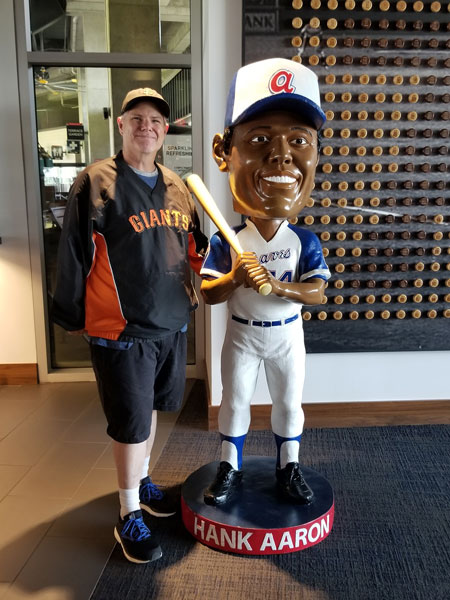 Who hasn’t wandered government corridors in a quandary, only to find you’ve stood in the wrong line for 20 minutes before being redirected? In Morgan Hill, citizens may be surprised to encounter not a cold shoulder but what the town’s economic development manager terms a “warm handoff” through the public process. And a world of resources most people are not aware of.

“Local government doesn't always do a good job of advertising what we do,” says John Lang, Morgan Hill’s economic development manager and chair of Joint Venture’s Silicon Valley Economic Development Alliance (SVEDA). But in his city of 45,000 at the southern tip of Silicon Valley, the staff prides itself on being accessible and offering personal support across departments.

Lang, at 47, is soft spoken and describes himself as an introvert yet he becomes animated as the conversation turns to sports -- or his work.

What does an economic development manager do? With a box full of multi-disciplinary tools at his disposal, Lang is focused on supporting local industry and helping businesses to sustain operations, expand, or make new investments in the community. He says the key to success in his job is to listen and to connect people with city resources.

Supporting local businesses means understanding the rules and regulations at a local level and then communicating to others how to navigate within that framework. Recently, Morgan Hill planners realized that a confounded local resident standing before them needed a use permit for her business she had no idea how to get. One of them walked her to Lang’s office, and he quickly set her on the right path.

A California native, Lang grew up in Sonoma County. His father worked for Golden Gate Transit for 30 years and his mother took care of the home.

He started his education at Santa Rosa Junior College, then transferred to San Jose State. Originally a biology major, he dabbled in engineering but landed in economics. Ultimately, he received a bachelor’s degree in economics and master’s degrees in both economics and public administration.

“I didn’t know anything about economic development,” he says. San Jose first brought Lang on for a three-month internship which turned into six months, then nine months. They finally hired him as full-time staff in 1999. He eventually became the City’s chief economist. 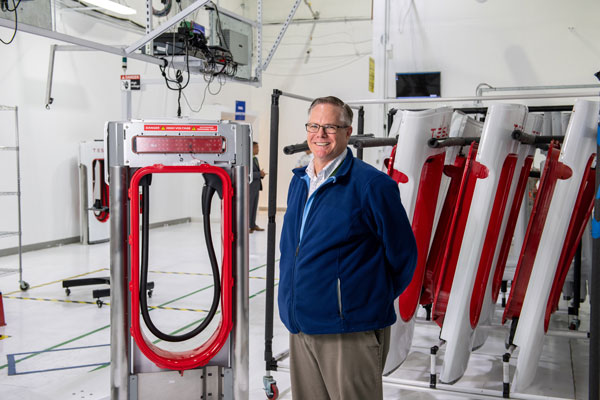 The City of San Jose gave Lang one other gift besides his career path: He met the woman who would become his wife, Kathy Lang, who has served as IT Manager in the Environmental Services department for 33 years. The pair have been married for ten years.

To this day, Lydia Ortega is one of Lang’s mentors and heroes. “She saw something in me that I didn’t see,” he says. “She continued to push me in both my professional and academic careers.”

Ortega, now retired and living in Texas, says she actually learned from Lang. “As much as he credits me, I believe I learned more from him,” she says. “I was teaching a graduate course and he never spoke because he was so shy. When I finally called on him, he was able to provide the most insightful analysis on the subject.”

This personal a-ha moment caused her to reframe the personal label of “shy” to “listener.” “When you listen like he does, you are getting all the cues, both verbal and nonverbal. And he asks all the right questions,” says Ortega. For years she continued to use Lang as an example to other students.

In 2016 Lang was hired by the City of Morgan Hill to lead the city’s Economic Development Blueprint and assist with a minimum wage analysis. His quiet, respectful style soon won him many allies. “I'm very straightforward with people. You won’t get a hard sales pitch from me. If I misstep, I will tell you, but I am going to give you the most thorough and accurate information I can,” says Lang.

“What I love about John the most is that while he is extremely knowledgeable, he is the most humble professional I’ve worked with.”

Edith Ramirez, Morgan Hill’s economic development director, worked with Lang for many years in San Jose before they both moved to their current positions in Morgan Hill. “Everyone loves working with John,” she says. “He has been such a powerful resource for the City’s economic development program, helping advance policies and programs that have helped attract numerous commercial and industrial projects. What I love about John the most is that while he is extremely knowledgeable, he is the most humble professional I’ve worked with.”

After 20 years in the public sector, Lang cannot imagine doing anything else. “I never thought I would be working for a local government. I thought I would be in the financial sector or at a bank doing economic forecasting,” he says. “But I truly love what I do.”

But some of his biggest successes have come when he has gone outside his own city hall to form partnerships in the Silicon Valley community.

In 2012 Lang launched what is now known as the Silicon Valley Manufacturing Roundtable, a public-private partnership that convenes businesses, city governments, educational institutions and other stakeholders to identify and work on key issues facing local manufacturers. The project came about when Lang and colleagues realized that manufacturers weren't talking to community colleges about what kinds of graduates they needed. 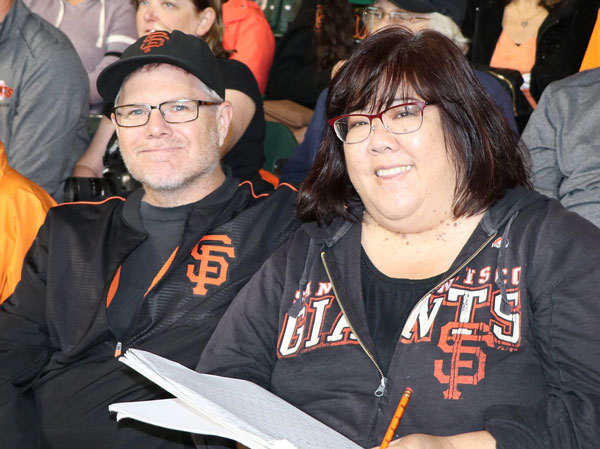 As chair of SVEDA, comprised of 26 regional city and county economic development professionals, Lang guides a process that is designed to pool resources for the greater success of Silicon Valley businesses. He first became involved with Joint Venture in 2005 when he managed a grant between the City of San Jose and Joint Venture.

“John has been at the heart of SVEDA for over ten years, providing steady leadership while stepping up to do the big things and the small things. We are so fortunate to have him in the Joint Venture family,” says Kara Gross, executive director of SVEDA.

SVEDA is preparing now for its third annual conference which will take place in Santa Cruz on November 14. Topics will range from taxation to technology and Lang will open the event with a welcome.

Lang calls himself a data dork, “…and I mean that literally…a data dork,” he says. He relies on the Silicon Valley Index every year as a way to help market and articulate the value of Silicon Valley and Morgan Hill.

“Interactions with Joint Venture have been wonderful. It's always a place to convene, share information, and crystallize around an area. The idea of bringing bright people together and tackling an issue is a huge opportunity. They do it like no one else,” says Lang.

How does Lang envision the future of Silicon Valley given all of the development that is on the horizon?

“Interactions with Joint Venture have been wonderful...The idea of bringing bright people together and tackling an issue is a huge opportunity. They do it like no one else.”

Lang emphasizes that “we're all riding very high on the economy right now and we want to ride that as long as we can” but he worries that a recession is looming and a market correction is due. Not surprisingly, one of the biggest reasons for his concern is the housing shortage. Businesses can’t find employees because potential applicants can’t find housing.

“Most employers in Morgan Hill are desperately looking for people,” he says. “Almost every business has a help-wanted sign and we're at full employment. If you don't have a workforce that can live and do the work, what's going to happen to those businesses?” 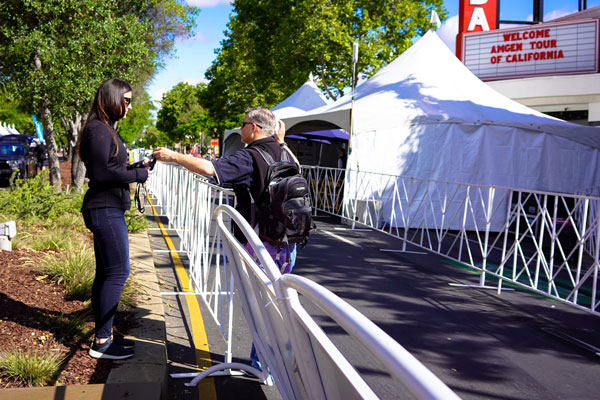 One way to tackle those problems is through better transportation, which is why Lang considers the electrification of Caltrain critical to the South County. The town currently has three trains in the morning and three trains in the evening and there is a desire for more service. High speed rail offers benefits but also poses a challenge in Morgan Hill, because the proposed alignment will bisect the community.

In his free time, Lang indulges his passion for sports. He and his wife hold season tickets to the Giants and the 49ers. His passion is Major League Baseball stadiums and has visited 23 of the 30 parks across the nation. He arranges his vacations around stadium visits. One of Lang's favorites is Wrigley Field in Chicago, home of the Cubs; built in 1914, it is the oldest park in the National League. As an economist, he is fascinated with how ballparks thrive in both urban and rural settings.

Twenty years into his government career, Lang is thankful to be where he is, and excited to see what comes next.

“I think doors have just naturally opened up for me. I've been fortunate enough that the timing has been right that when I start to get comfortable, that's when I know I need to take that next step.”