Through Mila Zelkha’s lens, Silicon Valley is at an inflection point mired by extreme income inequality, housing insecurity, and transportation dilemmas. As Community Ambassador for Palantir Technologies and the organizer behind Joint Venture’s Manzanita Talks, Zelkha says, “It’s just sobering. If we can't figure out how to work together in this area, with all of this opportunity, and all these resources, then I have grave concerns.”

Five years ago Zelkha was recruited by Palantir, a private software company that specializes in big data analytics headquartered in Palo Alto. She made the move to Palantir when she learned that their software is used by county social service departments to help case workers assist the chronically homeless by providing access to housing vouchers without jeopardizing their privacy.

Zelkha’s role at Palantir is to strengthen relationships with the community overall, to listen to community needs in downtown Palo Alto, and to build community partnerships. She oversees public-private partnerships with the Palo Alto School District, the City of Palo Alto, and nonprofits engaged in a spectrum of issues from STEAM (science, technology, engineering, art, mathematics) education to local transportation.

Zelkha says she tries to resolve everyday dilemmas in the spirit and rigor of her architectural training at the Rhode Island School of Design (RISDs) where she earned a Bachelor of Fine Arts and a Bachelor of Architecture. Having learned to design through drawing by hand, the method still influences her problem-solving and she keeps tracing paper on hand at home for capturing ideas she’s exploring.

Things to know about Mila Zelkha

Zelkha is at once idealistic, compassionate, and deeply authentic. When she says she loves people, you believe her. She started her career working as the program director for The Green Roundtable, a Boston-based nonprofit dedicated to mainstreaming eco-friendly design. After relocating to the Bay Area, she founded the design and development firm Mint Condition Homes and earned her General Contractor’s license to operate her construction company, Wrecking Belle in Oakland. Through both of those companies, she converted bank-owned properties in distressed neighborhoods into affordable housing for first-time homebuyers.

She was recognized by the Oakland Heritage Alliance five times over with their “Partners in Preservation Award.” The City of Oakland recognized her work in sustainable design, and she was named Build It Green’s “Green Building Champion of 2010.”

Zelkha is something of a rarity in Silicon Valley – a Palo Alto native who has the good fortune to return to her childhood hometown and raise her four children, the oldest attending the same school she graduated from and where her late father taught social studies for 33 years. “I'm fortunate to live here because of family and friends who help,” she says.

After Gunn High school, Zelkha went to Carleton College in Minnesota before transferring to RISD where she wrote her thesis on mid-century California developer Joseph Eichler. Given the chance, she still prefers to live in Eichlers, just like the one she grew up in. “It’s the light through the clerestory windows and seeing the seasons change that is so compelling,” she says. 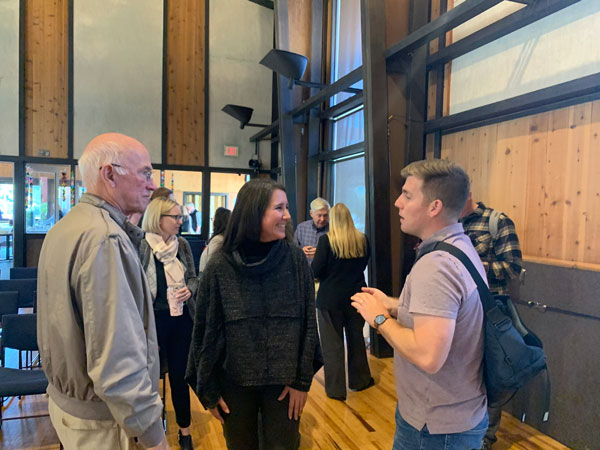 In her first three months at Palantir, IDEO (a Palo Alto design firm) approached with a suggestion that the two companies might create a shared transportation service for an evening shuttle from Palo Alto to San Francisco. “Here we had two cutting-edge companies considering getting into private long-haul shuttles because of gaps in availability of public transit. I made a pitch to IDEO to create systems that could benefit the community—both companies could join our local TMA. And that’s what we did,” said Zelkha.

Before Palantir, Zelkha was the director of real estate and facilities for InnVision Shelter Network. Now known as LifeMoves, the nonprofit provides shelter and support services for the homeless.

In 2017 Zelkha organized Manzanita Talks to tackle the vexing transportation gridlock on the Peninsula.

“I believe there is genuine openness to how we can solve problems in this region. We actually have a shot at making a difference as opposed to business as usual. It's a celebration of our region's strengths.”

Through the Manzanita Talks, Zelkha was inspired to seek local solutions that might implement resources that are already available and adaptable to help commuters, employers, and residents address crushing traffic.

“Russell could engage in a conversation that was going to be awkward and fraught at times because industry and government have different methods for solving problems, roles, and lenses on the world.”

A TMA, or transportation management association, can best be described as industry-led nonprofits that are often public-private in nature. They can help create first- and last-leg commute solutions that connect commuters from home to transit pipelines, then to work and back. TMAs are utilized around the nation and, when done well, help to reduce solo car trips.

While Zelkha invested time and resources into the local TMA, a larger question emerged: could TMAs be more effective if they were deployed on a larger scale? The concept strengthened as awareness grew. As government officials, private employers, and residents started having separate-yet-similar discussions, Zelkha wondered what joining the diverse groups might yield in a public conversation. 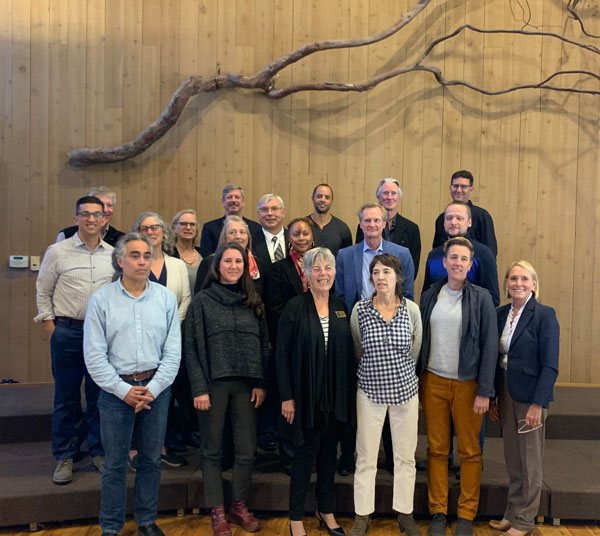 As the Manzanita Talks took form, city staff from Menlo Park suggested Joint Venture CEO Russell Hancock as the perfect facilitator. Noted for having the trust of both government and industry, “Russell could engage in a conversation that was going to be awkward and fraught at times because industry and government have different methods for solving problems, roles, and lenses on the world,” said Zelkha. Hancock invited mayors from eight cities. “He did an excellent job of demonstrating to city managers and corporate leaders that we were coming at this with good intentions and would hold everyone in the highest regard,” says Zelkha.

Participants in the Manzanita Talks first met in April 2019 and again four more times in three-hour stints. They published a draft report in October 2019 with suggested alternatives for a path forward. Four potential scenarios were identified as feasible options. Zelkha is confident that the report itself has potential to be utilized as a living document for community members, government, and civic leaders. It can provide a reference for any location that wrestles with similar issues.

“There is still much to be done in this realm, but I believe Mila's smarts, enthusiasm, and dedication to these issues will help identify solutions and approaches to addressing mobility in our region.”

In the meantime, a nonprofit called Manzanita Works, which is fiscally sponsored by Community Initiatives and formerly known as Bay Area Forward, has stepped in to continue the initiative. Nancy Shepherd, former Mayor of Palo Alto, originated the TMA concept for Palo Alto in 2013 heads up operation and Zelkha serves as Executive Advisory Committee Chair. A Manzanita conference is scheduled for March 2020.

“Mila's dogged determination to get multiple sectors—public, private, and nonprofit—to sit down and discuss vexing transportation and congestion issues proved vital in making the Manzanita Talks successful,” said Carlos Romero, a member of the City Council for East Palo Alto. “There is still much to be done in this realm, but I believe Mila's smarts, enthusiasm, and dedication to these issues will help identify solutions and approaches to addressing mobility in our region.”

Zelkha hears locals reminisce about the days when the Hewlett and the Packard families served on local boards and how the wives of executives would gift baby blankets for employees. The foundations created by those families continue to do great work. Ever the idealist, she looks for those in the community who can carry on that tradition of approachable connection – and she’s playing a lead role