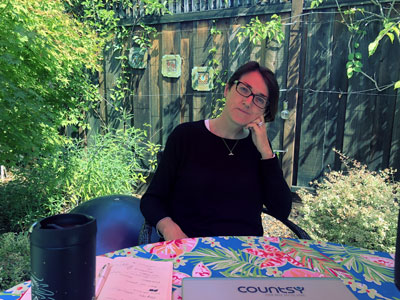 Mairtini Ni Dhomhnaill, has been a power behind the scenes at some of Silicon Valley's most recognizable startups for over 20 years. Over her career she has worked with many companies from their infancy, such as Facebook and Asana and many that are not as recognizable yet are very successful.

Her expertise ensures that founders can do what they do best, without fretting about the more practical aspects of human resources and accounting early in the life cycle of their companies. Ni Dhomhnaill and her team provide the necessary infrastructure and support to allow founders to scale their business, complementing them without overshadowing the genius of the Silicon Valley startup culture.

What kind of chops does Ni Dhomhnaill bring to the task? Start with impeccable credentials and a fearless, gung-ho attitude. Add a second-degree black belt in martial arts and a networking mindset. And for a dash of resilience and adaptability? Grow up as the youngest of seven children in Ireland.

As a woman in leadership in Silicon Valley, Ni Dhomhnaill is in the minority. According to the 2020 Silicon Valley Index, leadership positions are overwhelmingly occupied by white men, and women make up just 26% of the workforce in the largest Bay Area tech firms.

I met up with Ni Dhomhnaill mid-pandemic as she sat in her backyard for a Zoom call. I anticipated a buttoned-up business style, similar to the one I have witnessed in the board room when she reviews financials. The person I encountered could not have been more different.

Mairtini Ni Dhomhnaill (phonetically, Mor-cheeni Knee GOnall) is at once warm, welcoming, and conversant on nearly any subject.

She was born in Donegal, an ancient and storied county on the mouth of the River Eske in the northwest of Ireland. Her father was a police officer and her mother was a nurse. Each time her father was promoted, the family would pick up roots to move to a new location.

“I think that Joint Venture is moving the goal line forward.”

When she was four, the family transferred to Mullingar in the county of Westmeath where she grew up. Most of her siblings entered public service and she now counts a naval officer, a prison officer, a wild life ranger, and more than one nurse among them. She recalls her parents as amazing role models. “My mother was always focused on education,” she beams. “She lived to be 95! My father had deep integrity and cared about fairness in a way few people do today. I learned the importance of justice from him.”

“It was just a normal upbringing, typical of its time and place in Ireland” she said. Her father was a native speaker of the Irish, or Gaelic, language. She admits that her own daughters did more Irish dancing in America than she did in Ireland but says that she and her family were great readers of Irish literature and poetry. Still a voracious reader, Ni Dhomhnaill counts William Butler Yeats and Seamus Heaney as her favorite Irish poets.

Ni Dhomhnaill graduated from the Galway & Mayo Institute of Technology (GMIT) in Ireland and has more than twenty years of experience in the fields of accounting and finance. She is a Fellow of The Chartered Association of Certified Accountants and is a Certified Internal Auditor. Prior to founding Countsy, she spent many years at Accretive Solutions where she was the market leader for Northern California and a Senior vice president

She is exceptionally well-traveled having spent her twenties moving around the world before coming to California in the mid-nineties. She lists Dublin, Boston, London, and Melbourne as a few of the cities on her resume and went on many backpacking trips to India, Nepal, Thailand, Australia, Fiji, Indonesia to name a few of the countries she visited. She possesses a rare combination of infectious spirit and enthusiastic intelligence.

Mairtini runs or walks five miles every single day and loves to hike and travel. When asked about her heroes in life, without missing a beat, she declares Ruth Bader Ginsburg and Barack Obama. And Russell Hancock, CEO of Joint Venture, with whom she has worked with for more than ten years. “He's just very selfless. He could be doing anything and he's doing this; trying to make a difference in the world.” 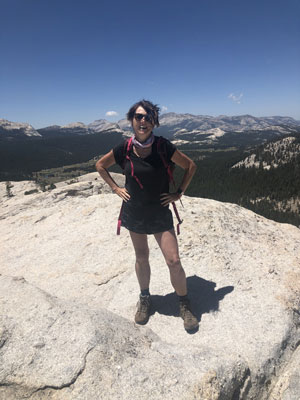 Ni Dhomhnaill is married to Ed Finn, clinical trials manager at the Stanford Cardiovascular Institute. They met in an Irish pub in Sunnyvale unsurprisingly in the days when people did things like that. Together, they have two daughters, Eabha and Iosla, and live in Menlo Park.

Mairtini is extremely proud of the Countsy brand and most proud of her team and their long term relationships. “I have people on my team that I've worked with for over 20 years in various capacities.”

“Mairtini is a forward thinking leader who cares deeply about her team, her clients, and the community around her,” said Colleen Zoodsma who has worked with her for over 20 years and is head of operations at Countsy.

Another longtime associate, Kathy Castillo, credits Ni Dhomhnaill for her innovation. “She envisioned an online financial solution and brought our platform services to market well before our competition started,” said Castillo, director of quality and expansion at Countsy and who has known Ni Dhomhnaill since they both worked at Murdock and Associates in 2000. “She leads our team with instinctive insight and market savvy. Mairtini understands the needs of startup companies and is relied upon to quickly assess a clear path to building a sustainable organization.”

“Mairtini is a forward thinking leader who cares deeply about her team, her clients, and the community around her.”

Ni Dhomhnaill attributes her team’s success to a collaborative culture. And she loves what she does. “Whether it's in the life science or the tech space it's super fun to be talking to founders who are changing the world every day. I consider myself lucky to go to work every day to a job I love and have such passion for,” she says. “The fact that we get to help companies who are changing the world with their mission is a blessing.”

Ni Dhomhnaill loves the mission of Joint Venture and was elected to the board of directors in 2009. “I think that Joint Venture is moving the goal line forward,” she says. As one of the longest-standing board members, Ni Dhomhnaill serves on the finance committee. She recommends that people use the Joint Venture websites to deepen their understanding of our community, including all of the data that can be found on the Silicon Valley Institute for Regional Studies site. “All the wealth of research that's done around housing, employment, IPOs, and VCs is incredibly valuable,” she says.

What’s on the horizon for Silicon Valley? Ni Dhomhnaill believes the future is bright, but clearly the way we work may change. “I don't see startups picking up and leaving Silicon Valley,” she says. “I think there's going to still be a lot of new activity here, this is where the VCs are and it’s hard to recreate the business environment but realistically the search for talent will change as employees won’t need to be located here.”

“I'm very bullish on the Silicon Valley economy. I don't think COVID is going to impact us dramatically from a business activity standpoint but of course it is going to impact other aspects of living here, hopefully in a good way.”