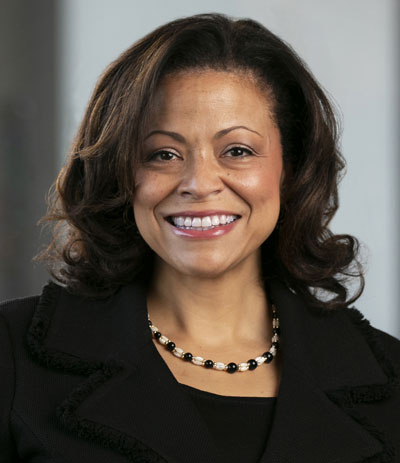 At a challenging moment in our history, Nicole Taylor is the right person in the right job at the right time. As CEO of Silicon Valley Community Foundation (SVCF), she is responsible for nearly $12 billion in assets and for getting resources to those who need it most.

Some of SVCF’s funders are a veritable who’s-who of Silicon Valley tech titans, and yet it’s not hard to see that Nicole’s heart beats for those who are most vulnerable. Taylor’s oft-repeated refrain is “We can do better, and we must build back better.” Her personal origin provides insight as to how that came about.

Taylor, who co-chairs Joint Venture’s board of directors along with Dave Wehner, CFO of Facebook, is charismatic and immediately instills confidence. She can command a room while exuding a warm radiance. Her well-stocked tool chest includes a knack for rebuilding, put to good use since she took the helm of a massive organization. SVCF had just found the footing she wanted, and then came the crushing pandemic. That has made her role even more critical.

“My mother always told me that education was going to be our way out of poverty.”

Taylor was born in Los Angeles to a single mom, Ionie Pablico, who had immigrated from Jamaica in the early 1960s. Pablico was an unpaid domestic who raised Taylor in the home of her employer. “We lived in the same household as the family, but we weren’t really family,” Taylor says.

Immaculate Heart, an all-girls Catholic high school in the Los Feliz district of Los Angeles, provided a foundation. “The nuns were pretty tough and taught us about how to be strong, independent women,” says Taylor. “I learned how to raise my voice.”

“My mother always told me that education was going to be our way out of poverty,” says Taylor, who earned a full-ride to Stanford University where she earned an AB in human biology and a master's in education. 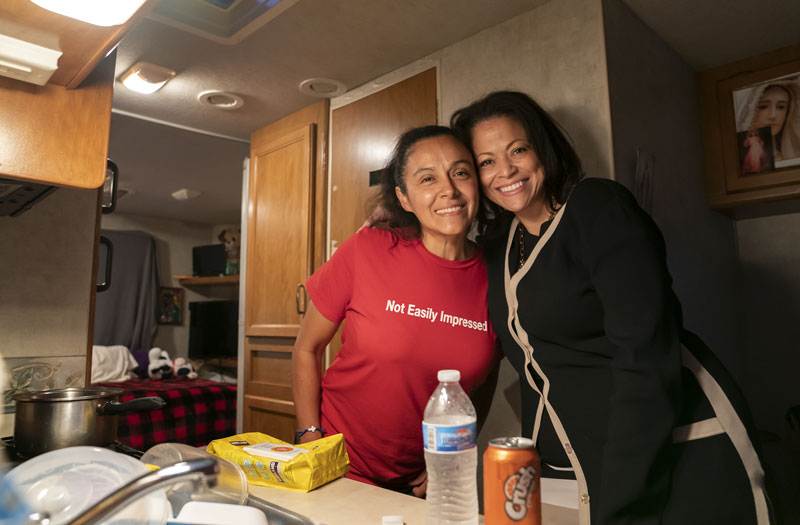 Taylor began her teaching career as a student teacher at Jane Lathrop Stanford Middle School in Palo Alto. She then went on to teach science at Lowell Middle School in Oakland. The social and economic disparities between the two schools and districts tugged at her need to serve the community; it’s a tug that has persisted throughout her career.

She later returned to Stanford as managing director at the Haas Center for Public Service and then became associate vice provost and dean of community engagement and diversity. Taylor served as CEO of the East Bay Community Foundation from 2007 to 2013.

Taylor assumed her role as CEO of the SVCF in 2018 on the heels of a high-profile scandal when her predecessor left amid accusations of fostering a toxic workplace. Taylor helped to heal a demoralized staff and repositioned the profile of the organization. From the outset, she pledged to put the ‘community’ back in the Community Foundation.

“A lot of my career has been spent turning things around,” says Taylor. “It took me probably my third turn-around situation to recognize that this is something that I do well and I wasn't afraid of coming into something that I knew was going to be complicated.”

Formed in 2007, the SVCF is the largest community foundation in the US. It granted nearly $2 billion to more than 6,100 charitable organizations in 2020.

“I didn't have a crystal ball, but I entered with a sense of urgency,” she says. “We did in 18 months what might have otherwise taken two or three years.”

She stabilized the organization, built a strategic plan, hired additional staff, and set a framework for action. Her urgency paid off. When the COVID crisis hit, Taylor and her team were ready to implement.

Since the onset of the pandemic SVCF has raised over $60 million in COVID-19 regional response funds allocated in several areas, including individuals and families across the 10-county Bay Area region, local schools, childcare providers, small businesses, and nonprofits.

Taylor is the mother of 21-year old Evan, a political science major at ASU who plays rugby. “As the mother of a Black man in America, it's been hard to see what happened in 2020 around race,” says Taylor. While she believes the nation has made progress, “There are still some people who say there is no racism in America.”

Taylor lives in Menlo Park while her husband, Steven Seleznow, spends most of his time in Scottsdale, Arizona. He is CEO of the Arizona Community Foundation. Taylor feels fortunate that she has a spouse that does the same work she does and vice versa. “He gets what I’m going through and I get what he’s going through.” 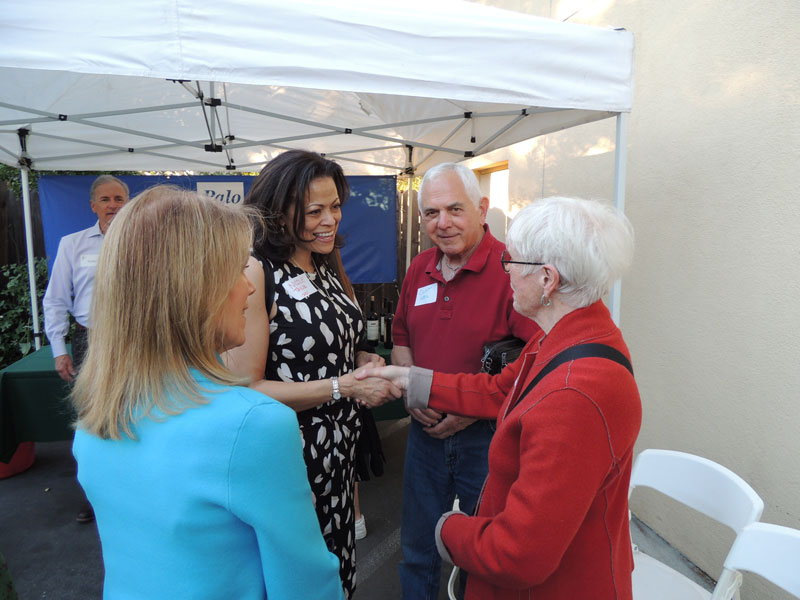 The pair first met at a conference in the Bay Area and later reconnected when Taylor worked at Arizona State University. “We saw each other again after a number of years and it was instant,” says Taylor.

If Taylor wasn’t doing what she’s doing now, that passion for storytelling would continue, she suggests, in the entertainment business. As a child in LA she performed in musical theater, “And I was always singing and dancing and fascinated with movies; always pretending and making up stories.”

“We can’t build back what we had. It just wasn’t working for most people. We need to build back a Silicon Valley that works for everyone.”

Taylor served as co-chair of Mayor Sam Liccardo’s Recovery Roundtable with Wehner and Russell Hancock, CEO of Joint Venture. She had long known about Joint Venture and in 2019 was invited to speak to its board about her work. She joined the board soon after. As co-chair, Taylor envisions Joint Venture playing a larger role in the post-pandemic economic recovery of Silicon Valley.

In February Taylor joined Liccardo and Hancock for a session at the 2021 State of the Valley conference to tackle Silicon Valley’s post-pandemic economic recovery. “Who needs it the most is the question,” says Taylor. “The pandemic exacerbated all of the inequities that existed before and as we build back a better normal, we must keep that in mind through economic mobility, early childhood education, and economic justice.”

“We can’t build back what we had. It just wasn’t working for most people. We need to build back a Silicon Valley that works for everyone, not just the folks in the top one percent,” urges Taylor who advocates for an equitable recovery through partnerships with public and private sectors working with the nonprofits. “We need a diverse community with vitality.”