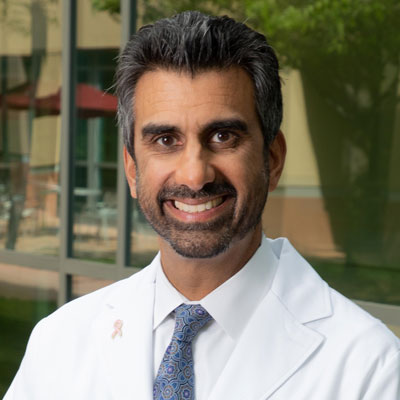 Dr. Rakesh Chaudhary was named Physician-in-Chief at Kaiser Permanente Medical Center in Santa Clara just days before the world imploded with COVID-19. “It seems so long ago, but also like yesterday,” he says.

“It was February 29 —Leap Day— and several colleagues and I were talking about a virus that was coming our way. Just two days later our first case landed here at the hospital.” Suddenly Dr. Chaudhary and his team were standing at the U.S. epicenter of a worldwide pandemic in Santa Clara County where the country’s first death from COVID was recorded.

In a region that has careened from tragedy to recovery, Dr. Chaudhary, 52, is one of a cadre of dedicated medical professionals on whom we’ve all depended for guidance and care. Yet this dedicated husband and father aspires to make an even greater contribution to his adopted Bay Area home, and sees Joint Venture Silicon Valley as his path to give back.

At Kaiser Permanente Santa Clara, Dr. Chaudhary’s role is to make sure staff has what they need to get the job done and to keep innovating. He says the buck stops with him, good or bad.

He also sits on the board of directors of the Permanente Medical Group, the physician arm of Kaiser Permanente.

According to U.S. News and World Report's 2020-2021 "Best Hospitals" rankings, Kaiser Permanente Santa Clara Medical Center is among the top 50 hospitals in California. The 1.2 million square foot medical center opened in August 2007 and includes a 327-bed hospital. It offers primary care to over 400,000 patients and occupies 52 acres.

As a tertiary care center, Kaiser Santa Permanente Clara gets referrals and provides cardiac and cancer care to patients from all over Northern California, as far south as Fresno and as far north as Roseville and Santa Rosa.

“Rakesh is one of the most genuine leaders I have ever worked with. He is very smart and yet very modest and he has a great sense of humor – all of which help him inspire and motivate every team he works with.”

“We want everybody to feel cared for, in addition to getting the best care. It's so important,” says Dr. Chaudhary. “And we want our doctors, our nurses, our staff, to feel joy at work. When people are joyful, you're going to feel that as a patient; it’s a positive feedback loop.”

Dr. Chaudhary emphasizes that while doctors are used to facing the unknown, COVID was different. Nobody in his generation had ever dealt with a pandemic. “Time after time, the staff stepped up to confront this crazy virus, helping patients, and not knowing if they themselves were going to be safe.” At first, there was no hope on the horizon – they didn’t have many things they needed, including PPE. “It’s been exhausting and very tough,” he says. He thinks the teams are still recovering from the ordeal.

The first wave, says Dr. Chaudhary, was tiny compared to what hit them from December 2020 and into February 2021. But they were better prepared for the late-2020 onslaught when it came. “So, even though we were dealing with just ridiculously high volumes of COVID cases in our hospitals in those winter months, we had learned a lot. We knew how to take care of the patients better. We knew that what we were doing was keeping our staff safe.”

With their children learning from home during lockdown, the Chaudhary family rallied. Dr. Chaudhary and his wife, Dr. Joceliza Chaudhary, a family medicine physician, have three sons, ages 21, 19, and 11.

During lockdown, the eldest son took a break from Cal Poly San Luis Obispo to stay home with the youngest son. “They supported each other massively through COVID, especially with all the isolation and not going to school. They were always very tight but now they are inseparable.” Their 19-year-old son is at Washington University in St. Louis and wants to go into architecture.

As the top doc, how did Dr. Chaudhary get through the trials of COVID? He says that he leans on his team as a matter of course and asks a lot of questions. “That has always been my leadership style but it came in so handy with COVID because I think if I had tried to lead on my own, I would have failed miserably. They were reassured that I wasn't up there pretending to know everything.” 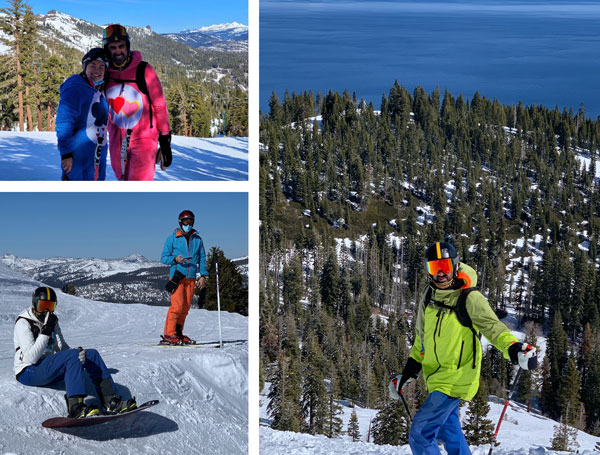 “Rakesh is one of the most genuine leaders I have ever worked with,” says Al Ibrahim, medical group administrator at Kaiser. “He is very smart and yet very modest and he has a great sense of humor – all of which help him inspire and motivate every team he works with. Rakesh is also one of the most caring physicians who goes the extra mile to help every patient have a healthy and fulfilling life.”

Dr. Chaudhary was born and raised in Pittsburgh, Pennsylvania, the third of four children of immigrant parents. His father was a chemist and his mother taught Hindi to Americans headed to India for the Peace Corps. All four of the Chaudhary siblings are physicians.

“It was ingrained in us that you've got to do something that makes a difference,” says Dr. Chaudhary.

His parents were active in the community. They raised money to help build a Sikh temple in Pittsburgh and taught in the local community at a time when there were very few Indians in the area. “It was a very important part of their lives and therefore, my life,” he underscores. A commitment he and his wife encourage in their own children.

Even during lockdown, Dr. Chaudhary and his family enjoyed skiing and snowboarding. Through the urging of their youngest son who is on a recreational ski team at Kirkwood, the family made it a high priority to get away during the winter months. “This 11 year old taught us wisdom,” says Dr. Chaudhary.

Being outside, even while wearing a mask, felt almost normal. “It saved us as a family and it saved me as a person,” he says.

In conversation, Dr. Chaudhary is engaged, energetic, and even animated about his work. “As far back as I can remember, I always wanted to be a doctor. Except maybe when I was six when I wanted to be a school bus driver,” he says with a wink. 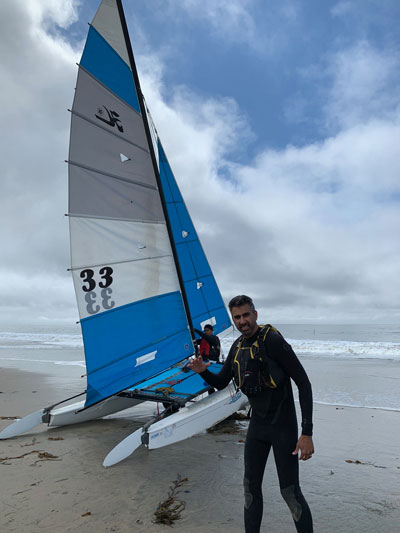 And then he landed in San Francisco for medical school. “I was like, ‘Holy cow, this is a beautiful city’.” He received an MD from UC San Francisco where he graduated with clinical honors in 1994. He appreciated the ethnic and socioeconomic diversity of his patients and was inspired by the faculty.

Ultimately, he decided to complete his internship and residency at UCSF. On call for 36 hour shifts, he was exhausted but following his dream. He joined Kaiser Permanente in 1997.

It didn’t hurt that his wife was also from the Bay Area.

Dr. Chaudhary met his wife as a young medical student when both had signed up for a program in Mexico for medical Spanish. She was a student at UC Davis. They first encountered each other in the airport in Puerto Vallarta. She pulled out a platter of fried chicken from her carry-on bag and offered it to Dr. Chaudhary and his friend. He declined but was intrigued that anyone would carry chicken in their bag. Living in a rustic fishing village for a month, they got to know each other and fell in love.

Dr. Chaudhary took a seat on Joint Venture’s board of directors in 2020 but he was already familiar with the organization. He had attended the State of the Valley conference several times. “The most memorable speakers I've ever seen have been at state of the Valley – like Dan Rather and Newt Gingrich.” The regional issues that resonate with him are housing, equity, and the environment. “I love being able to contribute in a different way than in medicine, and working with Joint Venture has given me an opportunity to do that. If we can all put our heads together, why can’t we just solve anything?”

“I love being able to contribute in a different way than in medicine, and working with Joint Venture has given me an opportunity to do that. If we can all put our heads together, why can’t we just solve anything?”

What’s next for healthcare and COVID? Dr. Chaudhary is hopeful for the future but acknowledges that variants of the virus are concerning, especially as people begin to travel more. “Vaccine suppliers will recode and we will likely have to get booster shots but we are going to be OK. We ramped down COVID in our community well,” he said.

Dr. Chaudhary has been particularly struck by the recent COVID tragedy in India. “That could have been us. And it kind of was us in November, December, January. It was us. I'm very hopeful that we will not go back to that level of COVID in our community. So yeah, constantly optimistic.”