Mayor, City of Fremont and Co-chair of the steering committee for Joint Venture’s Wireless Communications Initiative

At the tender age of 12, Lily Mei was coding software. But when a teacher accused her of not actually being the author of a particular program, he ignited in her a competitive edge that continues to burn brightly. She has no qualms about going against the grain, taking a firm stand, and inviting others to work together.

Today, Fremont Mayor Mei is the first elected woman and Asian American mayor in the city’s 65-year history. It’s an important milestone considering that more than half the residents of Fremont are of Asian ancestry and that Asian Americans are the fastest-growing racial or ethnic group of eligible voters nationwide, according to the Pew Research Center.

Fremont has a growing population of around 245,000 and is the fourth most populous city in the Bay Area, behind San Jose, San Francisco, and Oakland.

Referring to pictures of past council members on display in city hall, Mei says, “If you walked down the hall of the city of Fremont, I am our eighth council woman. There is a 35-year period with no councilwoman elected. And I am honored to be the first woman and first minority mayor elected in our city's history.”

According to NBC News, of the leaders of America's 100 largest cities, just five are Asian American — and all of them are in California: Mei; Irvine Mayor Farrah Khan; Bakersfield Mayor Karen Goh; Anaheim Mayor Harry Sidhu; and San Diego Mayor Todd Gloria.

Mei’s birth surname, Kao, literally means tall in Chinese. As a child, she spent time in Taiwan where she was considered a rebel. “I was a high-spirited girl who spoke her mind,” she shares. “I was very rambunctious.”

Rose-Margaret Itua, professor of engineering at Ohlone College, says Mei exemplifies what a true 21st Century visionary leader should be. “She understands the relevance and impact of technology on society and fosters collaborative spaces where technology innovations can occur,” says Itua.

Born in Chicago as the daughter of immigrants, Mei moved with her family from Chicago to Philadelphia when she was three. In the Philly suburbs, she was the only Chinese kid in her elementary school. Both of Mei’s parents were born in China and left for Taiwan during the Communist revolution, before moving to Canada and ultimately to the U.S. 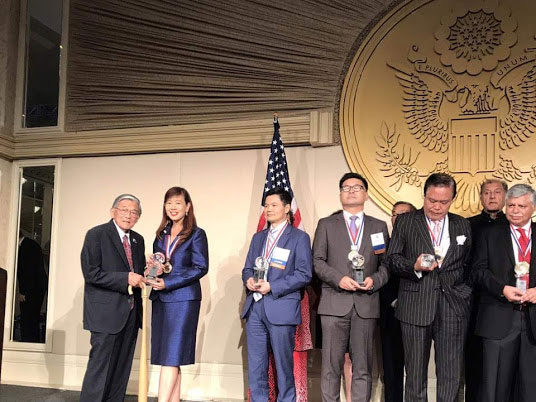 Her father earned a post doctorate at the University of Chicago. Her mother, who had studied foreign language, went back to school in Pennsylvania for computer science. Mei accompanied her mom and soon became fascinated with computers herself.

When Mei was rebuffed by her teacher over her software program, so irked was young Lily that she enrolled in college courses. “Competitive? I think I was just deeply offended to be failed,” she says.

By the time she graduated from high school, she had earned a full semester of college credits.

Mei attended Drexel University in Philadelphia where she earned a B.S. in business administration, majoring in marketing and international business. She spent over 20 years in competitive analysis, product and channel management, and supply chain practices, and served as a worldwide sales operations controller. Most recently she led a global high-technology trade association representing industry leaders to develop best practices to advance intellectual property protection.

Mei is married to Peter, a patent attorney. They relocated to Fremont in 1994 and have two adult children, Katie and Calvin, ages 24 and 20, who are both engineers.

“Mayor Mei is a champion for diversity, equity, inclusion and belonging...She truly cares about the socio-economic development of Fremont.”

After her children were born, Mei became an activist in the schools. She researched the issues carefully and took action against overcrowding and redistricting. “It wasn't just about my children; it was about trying to figure out a workable process and I got active in PTA and school site council,” she says.

She focused on overall school improvement and was able to rally her mom squad, the dozens of women who worked alongside her. Years later when she was recruited to run for the school board, that mom squad was the force behind her campaign.

“I believe a good leader is somebody who invites you on the journey and walks with you – sometimes literally,” says Mei.

Mei was elected twice as a school board trustee to the Fremont Unified School District serving from January 2008 to December 2014 before running for City Council in 2016. She spent two years on the council before she ran for mayor and beat incumbent Bill Harrison with nearly 54% of the vote. In 2020 Mei was re-elected from a field of six with 49.7% of the vote.

As mayor, Mei serves on the advisory board of the United States Conference of Mayors to develop and guide programs that give cities a voice in the development of national urban policy. She chairs the Mayors' Education Task Force Chair & Joint Committee on Homelessness for the National League of Cities. 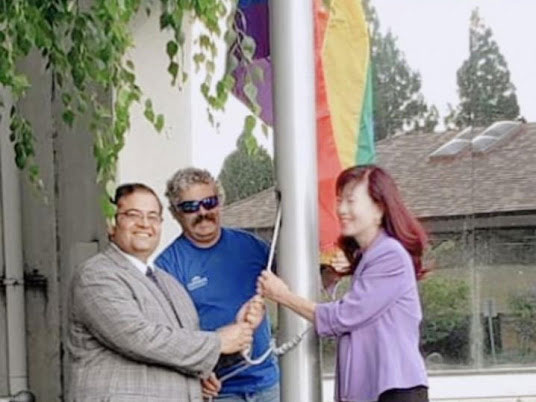 Mei recently has announced her candidacy to run for California State Senate, District 10, in 2022. The 10th District includes about a million people, encompassing Fremont, Newark, Union City, Milpitas, Hayward, Castro Valley, San Lorenzo, and portions of San Leandro, San Jose and Santa Clara. The seat is currently held by Sen. Bob Wieckowski, who will be termed out at the end of 2022.

What does Mei do for fun? She loves to support local eateries, travel, and to listen to music. One of her heroes is fellow Philadelphian Benjamin Franklin for inventing the lightning rod, the printing press, and bifocals. Another fabled Philadelphian she admires is Rocky. “I love Rocky because he is the underdog,” Mei beams.

Asked what she is most proud of, Mei says she is lucky to be able to stand on the shoulders of people who came before her. “…people who have given me a hand up. If I was so fortunate to have been given these supportive opportunities, then I too must pay it forward and mentor others.”

“Mayor Mei is a champion for diversity, equity, inclusion and belonging,” says Itua. “This is evident in her grassroot outreach to underserved communities, especially in her work with Ohlone College where she supports and speaks at our Society of Women in Engineering Events and Diversity in STEM events. She truly cares about the socio-economic development of Fremont.”

“Under the leadership of Mayor Mei and the city's staff, the City of Fremont has welcomed investment in public-serving wireless infrastructure, and those networks are now expanding in the city - serving Fremont's residents with world-class wireless coverage worthy of a Silicon Valley city”

Mei is a long-time advocate for Joint Venture and is co-chair of the steering committee for Joint Venture’s wireless communications initiative, along with Dr. Edwin Tasch, Chief of Neurology at Kaiser Permanente’s Santa Clara Medical Center.

"Under the leadership of Mayor Mei and the city's staff, the City of Fremont has welcomed investment in public-serving wireless infrastructure, and those networks are now expanding in the city - serving Fremont's residents with world-class wireless coverage worthy of a Silicon Valley city,” said David Witkowski, executive director of Joint Venture’s civic technology initiative. “Mayor Mei's vision for telecommunication in Fremont drove this success, and we look forward to her leadership as public sector co-chair of the wireless communications initiative."

How does Mei envision her community moving forward? “Right now, people are so frustrated and you see it in the COVID challenges, especially in growing mental wellness needs, and with the Asian hate,” she says. “I would rather us bring hope and solutions that can help people rather than divide us. I'm from Philadelphia: united we stand divided we fall. We are, as a community, always stronger when we work together.”