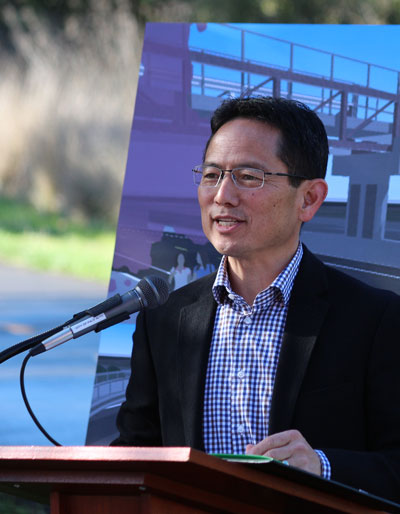 Ed Shikada, city manager of Palo Alto since 2018 and a member of Joint Venture’s board of directors, has come a long way from what he calls the “sticks” of Hawaii.

Shikada was born and raised in the little town of Kealakekua on the big island of Hawaii, most famous as the landing spot of Captain Cook, who sailed into Kealakekua Bay in 1779. Shikada’s family owned a coffee farm.

“It was an idyllic lifestyle,” he says. “There was lots of time on the beach, diving, fishing, all of that – but I definitely felt that I spent too much of my summers working on the coffee farm.”

But the seeds of his future career were also planted in that volcanic soil. Shikada’s parents were civil servants for their town of less than 1,000: His father was vice-principal at the local high school and his mom ran the branch library. Their devotion to public service set a powerful example for young Ed. But he plies his trade in a place that couldn’t be more different.

Known as the birthplace of Silicon Valley, Palo Alto is home to the biggest names in technology, boasting more successful start-ups than any other city. Its 67,000 residents are among the most educated in America and pay north of three million dollars for a median-priced home. The immediately adjacent Stanford University is also the largest land owner in the city.

“Ed brings a wide-open mind to any conversation…and he brings that same openness to new ideas and innovation. He has the ability to see past where things are, and make connections that others don’t see,” says Marc Ott, Executive Director of the International City/County Management Association.

Shikada has a reputation for being unafraid to speak truth to power and for maintaining grace under pressure. “I have a passion and a commitment to public service,” says Shikada. “And a fundamental belief in the role government can play in advancing a community.”

Shikada is also a resident of Palo Alto and is deeply engaged in the community as a citizen. He has two adult children: Alison is 23 and a graduate of the University of Illinois at Urbana Champaign; Matthew is 21 and a senior at Gonzaga University where he is majoring in mechanical engineering.

Shikada has volunteered for many years with the Boy Scouts of America. “It’s been an honor to work with Ed the past three years,” said Brian Curtis, Scout Executive Director/CEO of the Pacific Skyline Council for Boy Scouts of America. “Ed provided leadership to the Council as our VP of Training where he helped train hundreds of Scouting leaders volunteering the past 16 years.

The pandemic has allowed Shikada an unexpected opportunity to engage the Asian American community as well. During Asian American Pacific Islander Heritage Month and as part of Palo Alto’s Race & Equity Initiatives, Shikada moderated a virtual event with author Jeanette Arakawa, who discussed her autobiographical novel, The Little Exile, based on her own experience as an internee in the 1940s.

Shikada is a founder and serves as president of the International Network of Asian Public Administrators, an organization that encourages excellence among public administrators of Asian heritage. The organization began as a Bay Area forum and has transformed recently into a national presence – growing easily because of the newfound ubiquity and convenience of Zoom.

Shikada attended the University of Hawaii in Honolulu where he majored in civil engineering. He went to grad school at UCLA where he majored in urban planning. He fell in love with cities. “No better place to really learn about cities than in LA,” he says. “I jumped in with both feet.”

Shikada joined Palo Alto as assistant city manager in 2015 and later assumed responsibilities as general manager of the utilities department in 2016. He served as city manager of San José from 2013 to 2015 after having served as its deputy city manager since 2003. Earlier he worked for Long Beach and the Los Angeles County Transportation Authority.

Comfortable though it may appear, Palo Alto has brought its own set of challenges.

Even as the state begins to emerge from the pandemic, Shikada is preparing for a second year of budget cuts. The city's sales tax revenues in 2020 declined by 27.3% from the prior year, with steep losses in the downtown area and commercial corridors. The city had built much of its finances on sales and hotel tax, both of which plummeted as workers and visitors retreated to their homes. 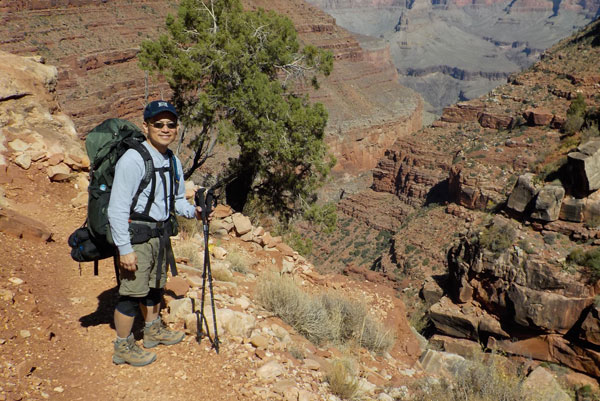 “Pre-pandemic, our nighttime population of 67,000 would double during the day. That daytime population no longer came into town for a majority of the pandemic,” says Shikada.

The city is learning to pivot by closing streets for outdoor dining, reaching out to the business community, having community meetings with residents to support the phenomenon of the work-from-home economy.

Other issues are more enduring. In recent years Palo Alto has attempted a variety of strategies to better tackle the issue of housing costs — out of reach for most. The pandemic has accelerated the conversation into action, says Shikada. Plans are underway for a transitional housing shelter and for safe parking programs that accommodate those who use vehicles as their residence by providing a safe place to park, access to restrooms, and connection to social service programs.

“We need to get our arms around efforts that include affordable housing in a way that is compatible with the existing community,” he says. “And that is no easy feat.”

Shikada appreciates the role Joint Venture plays in getting regional cities and stakeholders together to address issues of common interest.

He is grateful for some recent victories, citing the opening to the community of Foothills Park as an example. Now known as Foothills Nature Preserve, the park was formerly available only to residents of Palo Alto, and changing its status was controversial. “We can be proud of the way we handled those difficult community conversations,” he said. “We've tackled topics that rarely led to action.”

Shikada believes that the communities that offer work-life balance will be the ones that thrive. “It's a combination of where people want to live and where they know they're welcome, have access to recreation, and are able to enjoy a quality of life that enhances where they choose to be.”

He is less optimistic about the transportation woes that have plagued the region. As a transit wonk, he believes the solution is to “un-fragment” the multiple transportation systems across the Bay Area.

Shikada appreciates the role Joint Venture plays in getting regional cities and stakeholders together to address issues of common interest. He cites the Managers Mobility Partnership, a project that has joined Palo Alto, Mountain View, Redwood City, and Menlo Park, plus Stanford University, in planning for an extensive, cross-jurisdictional north-south bicycle corridor, accomplishing a little of that “un-fragmenting” he talked about.

He sees Joint Venture as a leader in building such models – and making the community better in the bargain. After all, “where do we want our kids to grow up and where do we want to spend our time?”