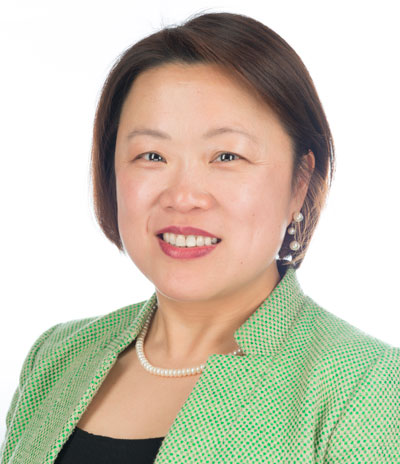 Jennifer Chen arrived in New York from Taiwan at the tender age of seven, plopped into an entirely new world. Her parents, evacuees from a remote island off the coast of China, owned Chinese restaurants and didn’t need to learn English. Chen became their de-facto interpreter and what she calls an “interloper” between cultures. Her origin story is a powerful influence for her, even today.

Chen learned to navigate her multi-cultural world with agility. She also developed a finely-tuned sense of empathy – a skill that she relies upon as the economic development manager for the City of San Mateo and as the chair of Joint Venture’s Silicon Valley Economic Development Alliance (SVEDA).

“I try to find a win-win for everybody,” she says. 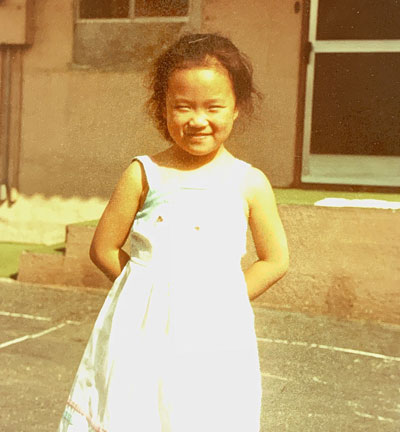 As economic development manager, Chen’s mission is to cultivate sustainable, equitable, and long-term economic growth for the City of San Mateo, the most populous city in San Mateo County but one that retains some small-town characteristics.

Chen’s professional path started at Barnard College where she earned a BA in economics. She continued her education in urban planning from the Columbia University Graduate School of Architecture, Planning & Preservation and a certificate in leadership decision making from the Harvard Kennedy School.

One of Chen’s most ardent supporters and mentors at the City of San José, was Ru Weerakoon, former senior advisor to Mayors Chuck Reed and Sam Liccardo. Weerakoon saw the promise in Chen and urged her to set high goals. “It was Ru who believed in me enough to help me see the possibilities for advancement; she showed me that window of opportunity,” says Chen.

“Her dedication to San Mateo’s post pandemic success and her loyalty to the City Council, her colleagues and the Main Street businesses she serves are admirable! The best is yet to come for her. As duty calls, she will rise to the occasion again and again, with honor and in gratitude,” says Weerakoon. “I am not surprised that she has grown to be wildly successful in Silicon Valley economic development circles.

Chen’s own life is deeply rooted in her family’s story. Until 1955, her parents lived in a fishing village on the Dachen Islands, off the coast of Taizhou, Zhejiang, China. But they were forced to evacuate and were assisted by the US Navy when the islands fell to the Chinese Communists. They headed to Taiwan where they were considered a minority group and where Jennifer was born. They had their own separate language that differed from the mainland China dialect. In the early 80s the family uprooted their lives again and moved to the US where they supported themselves by running a small family restaurant.

“Her dedication to San Mateo’s post pandemic success and her loyalty to the City Council, her colleagues and the Main Street businesses she serves are admirable!”

“My family gave up a lot to resettle here. And there's always a tension between keeping your past and paving a way for the future. I think all first-generation immigrants have that feeling, no matter how old you were when you came here,” says Chen, who refers to herself as generation 1.5 – a first-generation immigrant who arrived in the US at a young age and spent her formative years learning a new culture.

Just as Chen supported her family, the community returned the favor. “I remember being 13 and having people come into the restaurant and asking me about how I was doing in school. If I was working on a math project, they would help me with it…people were very encouraging,” says Chen. And they helped her with her English language skills. 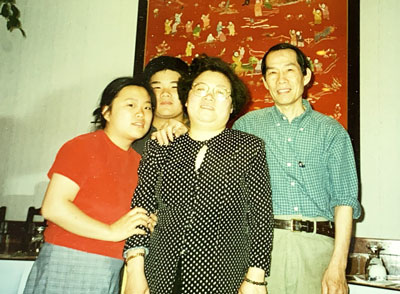 Today, when she has free time, Chen enjoys doing Pilates and hiking. A big fan of Broadway musicals, she has taken voice lessons to hone her own skills. Her favorite musical is Hamilton. She has also taken improvisational theater classes that she swears have improved her listening skills.

The pandemic eclipsed all else in March 2020 and Chen’s agenda was upended. San Mateo pivoted and redeployed city staff from suddenly-closed service areas like libraries to business support, expanding Chen’s responsibilities. She and her team coached businesses through various state and county mandates and helped them to understand services were available to them.

“We encouraged businesses to apply for PPP (Paycheck Protection Program) funds, pushed information on small business relief grants, and made sure they applied. Our city got over $327 million in PPP funds and local grants.”

But that wasn’t all the business community needed. During lockdown, Chen says, one of the most important things she provided was a sympathetic ear. “Even if there wasn’t anything I could do to rescue their business, I believe that just being there and offering suggestions meant the world to them.”

Her efforts have drawn plenty of praise. “As both a small business owner and the president of the downtown business association, Jennifer has shown me how well government can work,” says Lew Cohen, owner of B Street Books and president of the Downtown Business Association. “She has managed to navigate the very difficult task of working on behalf of her employer, the City of San Mateo and the small businesses that make up our downtown.”

Chen first became involved with Joint Venture when she was with the City of Fremont. She became chair of SVEDA two years ago.

In her role with SVEDA, Chen works with members comprised of 25 cities and counties who meets monthly to craft creative ways to cope with the pandemic economy. “Jennifer's long and deep relationships with her peers was a huge advantage during this tumultuous period. She helped SVEDA maintain its cohesiveness, and moved the group forward despite the many setbacks of the pandemic,” says Kara Gross, executive director of SVEDA. “She brought her natural energy and enthusiasm to the role of chair at a time when positivity was in short supply.”

“She brought her natural energy and enthusiasm to the role of chair at a time when positivity was in short supply.”

Chen says group members learned from each other, sharing successes. “Every city has come up with something that has helped their businesses stay alive – and I am really proud of that,” she says. SVEDA has hosted webinars on a range of topics to help businesses understand the State’s consumer protection, negotiate commercial leases, and outdoor business policies for parklets. She gives ample credit to Gross. “SVEDA is as strong as it is because Kara is a really good leader and pulls everyone in,” she says.

What does Chen believe is next for Silicon Valley? Chen believes that the environment must evolve to be more equitable and sustainable. She posits that the ability to own a home — a reality that is out of reach for the majority of people in Silicon Valley – has to change. “Either wages must increase, housing has to come down, or we have to create more housing units. Otherwise, this paradise called Silicon Valley is not going to be sustainable,” she emphasizes.