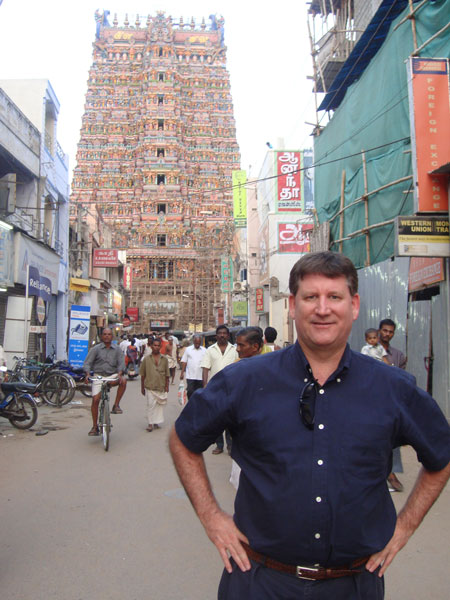 “You cannot care who gets the credit, that's really what it's about,” says Michael Fox, Jr. as he lays out his philosophy on community service. Fox is CEO of Goodwill Silicon Valley, a $60-million-a- year nonprofit dedicated to workforce creation, vocational training, and environmental stewardship. “It’s about achieving the vision, being truly relevant and not caring who gets the credit.”

As CEO of Goodwill, Fox oversees 18 retail stores, an online store, an extensive reuse and recycling operation, and a contract services division, all of which help people overcome barriers to employment, build sustainable livelihoods, and transform their lives and communities. He has also played a major role in Joint Venture’s pandemic recovery efforts.

Fox is a Bay Area native raised in an Irish-Catholic household where work and commitment to the community was fundamental. The oldest of six and raised in Saratoga, he had a front-row seat to the whirlwind evolution of Silicon Valley from verdant orchards to the ascendancy of high tech. He had the benefit of being grounded by parents with a strong work ethic and commitment to community service.

He and his siblings — three boys and three girls — worked from an early age washing beer trucks and working on the breakage pile of the family beverage distribution business, M.E. Fox & Co., founded in 1965 by his parents. Fox delivered product, merchandised grocery stores, cleaned draught faucets, and loaded delivery trucks. “It was a great upbringing,” he says with engaging enthusiasm.

“You have to not care who gets the credit.” 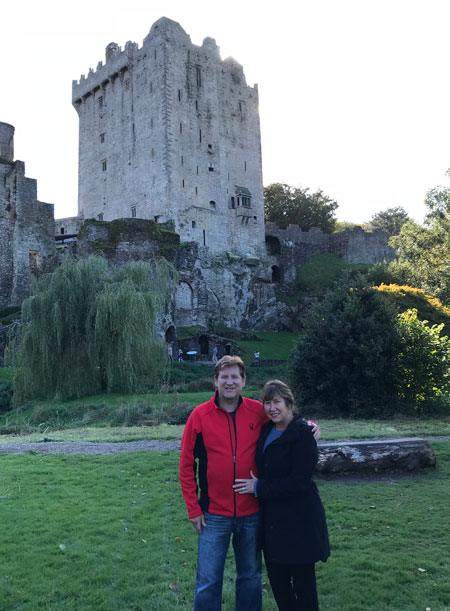 “You want your children to succeed — and by that I don’t just mean financially. You want them to be happy,” says Mary Ellen Fox in a phone conversation. “I am so proud of Michael. He’s very kind and he cares about people. He has done such a fine job at Goodwill and is enthusiastic about what they are doing. He has risen to where he belongs.”

Fox attributes his own sense of community to his parents for the example they set. “They were transformational for me. If you're given the opportunity to create wealth, you have a responsibility to give some of that wealth back to others,” he says with conviction.

His father often took him to board meetings of the Santa Clara Youth Village — the “Wutzit Club” — run by Jesuit Walter Schmidt. The club kept kids off the streets and out of trouble. Schmidt later founded the Golden Circle Theater Party at Santa Clara University and the Board of Fellows on which Mary Ellen Fox was the first woman president and sits to this day. “I got to be on the fly on the wall of really cool things. Politics, community planning — I got a real insider view to the inner workings of how things get done,” says Fox.

As a teen, Fox delivered beer to the storied Walker’s Wagon Wheel, a watering hole in Mountain View where it was said Intel was conceived and Silicon Valley was spawned over liquid lunches. “That’s where the engineers would plot their move from Fairchild to Intel,” says Fox.

With a knack for conversation, strategic planning, finance, and sales, Fox attended the University of San Diego where he earned a BA in business before garnering an MBA from Saint Mary’s College of California.

He served as president of M. E. Fox & Co. for six years. While he started out pushing a broom, he moved up through the ranks as vice president of marketing and sales and then general manager before landing the top job from 2000 to 2006. At 22, he created a five-year business plan for M.E. Fox that has provided a template even today for Goodwill. Fox describes himself as a “relationship guy” versus a sales guy. Marketing became second nature to him and he built relationships with festivals and worked seven-day weeks. He left the family business in 2006, taking on a consulting practice that specialized in supply chain for an organic farming group in India.

“We needed a backbone organization that could be truly honest, with credibility and that was logically Joint Venture.”

His MBA in global business afforded him the opportunity to travel to Belgium, India, Thailand, and Austria, and he immersed himself in the culture, the people, and the food of each region. “I'm a fearless traveler,” says Fox. “I try to adopt the customs of the culture. They taught that in business school; it's about trying to assimilate to the culture you're working with, even if it's in this country.”

He even proposed to his wife in Paris with the majesty of the Eiffel Tower glistening in the background. Mike and Mary Fox wed last year after being introduced six years earlier by his future sister and brother-in-law. Famous for holding big Halloween parties, Mary first met her future husband dressed as a witch. They started dating soon after. Each of them have two adult children.

Fox signed on to serve as CEO of Goodwill of Silicon Valley in 2008. He first joined the board of directors and got a glimpse of the nonprofit’s faltering finances. After he was asked by other board members to step into the role of CEO, Goodwill went from losing millions of dollars to breaking even by January of 2009. 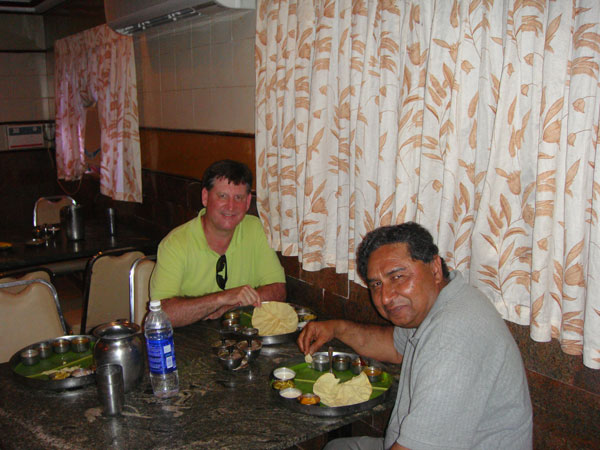 Goodwill of Silicon Valley now has $46 million in the bank, a commendable balance sheet and an inventory of real estate holdings. “We went from serving about 2,500 people a year to serving (pre-COVID) about 20,000 people and about 15,000 since the pandemic,” says Fox. “To me, it's not just about the number of people served if you don't do something for them. When you fill out a job application here, you're not a person served; it's about transforming people's lives.”

“Mike is an idea guy and pushes us all to ask what else can we do to impact the lives of those we serve,”  says Trish Dorsey, vice president of mission services at Goodwill. “He then supports trying new approaches and  programs, to take risks, to fail, succeed and learn.”

Fox became involved in cooperative recovery efforts with Joint Venture when he and Joint Venture CEO Russell Hancock were named to the Silicon Valley Recovery Roundtable in 2020. From that pandemic-driven endeavor emerged a framework to convene stakeholders for regional recovery efforts in close partnership with Bridge to Recovery and Equity Forward initiatives. “We needed a backbone organization that could be truly honest, with credibility and that was logically Joint Venture,” says Fox.

“Mike Fox has been instrumental to the foundation of Bridge to Recovery. He extended staff and resources and has been a dedicated voice in our network,” says Quency Phillips, executive director of the Building Back Better initiative at Joint Venture.

As to hobbies, Mike Fox deeply enjoys cooking. “I have this dream that when I retire to be a short order cook,” he says. He loves to make breakfast, pancakes, eggs, and to work the grill. “And barbecue of any ilk,” he says, as he waxes poetic on the nuances of regional styles of barbecue, from North Carolina to Texas. And he loves to throw big parties that bring people together.

“Mike Fox has been instrumental to the foundation of Bridge to Recovery. He extended staff and resources and has been a dedicated voice in our network.”

Asked who, in addition to his parents, has inspired him, Fox cites Harriet Tubman, Lou Gehrig, Ronald Reagan, Martin Luther King, and both John and Bobby Kennedy. “I'm just attracted to people that are transformational in history.” He has read everything he can get his hands on about the brothers from Massachusetts. “It was a very flawed family but I think you can learn through their writings, their letters, and we see the transformation of Bobby Kennedy after his brother was assassinated,” says Fox. “I think Bobby would have been one of the great leaders of our country, had he lived.”

Fox is expansive in his community involvement and is on the board of Rocketship Public Schools, the Silicon Valley Chamber of Commerce, and Team San José.

His compassion runs deep. When asked about the outlook for the Silicon Valley region, he immediately reflects on those less fortunate. This Bay Area native son fears we have created a community of haves and have-nots. At the same time, he is working every day to assure that marginalized citizens have what he calls, “a hand up, not a hand-out.”