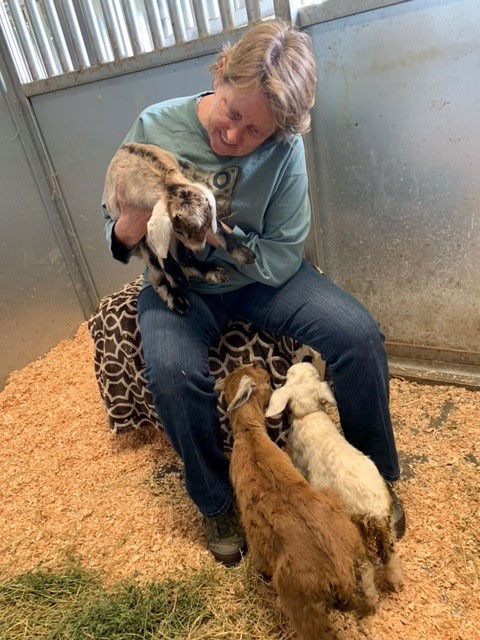 “I just feel so blessed to be able to work in this place of passion and I will keep working until I get composted.”

When Michele Young served as a volunteer in the Peace Corps in Africa, she discovered a key inspiration for her life’s work. There, farmers faced ongoing drought, making do with a mere eleven inches of rainfall each year. “It gave me perspective about conserving resources,” says Young, who has worked in the agriculture and solid waste industries for over 30 years.

Young’s CV tells the story of a person who has committed her entire career to the betterment of the environment and the sustainability of essential resources.

Young is Senior Management Analyst for Recycling and Waste Reduction for the County of Santa Clara. In her role, she works with Joint Venture and its Food Recovery Initiative to implement SB 1383, the first law in the nation mandating certain large businesses to donate the maximum possible amounts of their surplus food to those who don’t have enough.

“The Bay Area and Santa Clara County, in particular, can exemplify how to balance it all: a high tech urban environment that values protected farmland, open space, wildlife corridors, and water clarity,” says Young. “And I just want to be part of creating that balance.”

Young is so utterly invested in waste diversion that she speaks of her own ultimate demise as part of the natural process. “I hope to keep contributing until I get composted myself,” she says casually.

Young’s roots run deep in Santa Clara County. The sixth of seven siblings, she grew up picking fruit, packing fruit boxes, and frolicking in the Eden once known as the Valley of Heart’s Delight. Born and raised in the Rose Garden neighborhood of San José, Young grew up amid the natural open spaces that would continue to inspire her.

Today, Young says her six siblings are her best friends. When she isn’t working, she spends time with them outdoors. Her solace during the pandemic was a decision to hike every park in Santa Clara County. “It was really fun to rediscover all of those parks with my daughter,” says Young. 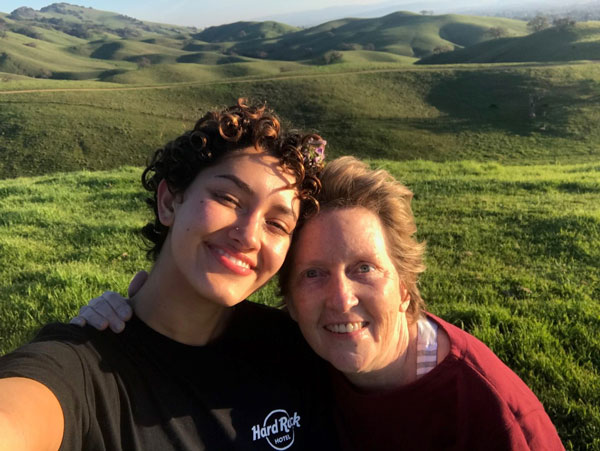 Her parents met at San José State University while on a field trip to explore Ohlone practices in the local woodlands. Her father was an anthropology professor and her mom was a sociology student.

Before that, her family were farmers. Her great-grandmother, Charlotte’s family, came to California in 1890 from Ohio so that she could attend Stanford as an art student. And here they all stayed. Her grandfather, Jimmie Schnider, owned a fruit packing company and was an owner of the Almaden Quicksilver mine. He was born in a house on the Alameda where the YMCA now stands and where Young still swims three times a week.

Seeing the evolution of the region away from agriculture and toward tech was a driver for Young to study agriculture because she was moved by the need to feed people in an urbanizing environment.

“With Apple, I guess, there's a fruit in there somewhere,” jokes Young.

Young obtained a BS in agricultural business management from Cal Poly San Luis Obispo before doing a three year stint as a Peace Corps volunteer in Botswana Southern Africa. She also spent two years as a Peace Corps training director in Botswana and Namibia. While Young lived in Southern Africa, Nelson Mandela was still in jail, and the ravages of apartheid were still the norm.

Young’s daughter, Elena, will soon graduate from her own alma mater, Lincoln High School. Elena requested to go to Africa with her mom for her graduation trip in July. “She wants to see my village and I haven't been back in 30 years. I'm just blown away by the opportunity to return with her,” says Young.

“She was such a joy to work with, enthusiastic about the environment and a great teacher to me as I championed environment issues with the City”

Upon her return to the U.S., Young shifted her focus to environmental education and completed her master’s in environmental studies at San José State University, her parents’ alma mater. She was soon recruited by the City of San José to manage their compost programs but initially questioned the match. “I wasnt sure if office work or government work was for me.” That was almost 30 years ago, and the opportunities to learn and make a difference through public service have turned out to be a perfect fit.

Former City Council member Linda LeZotte first met Young while on the San José City Council, representing District 1 from 1999 to 2007. “She was such a joy to work with, enthusiastic about the environment and a great teacher to me as I championed environment issues with the City,” says LeZotte.

In 2019 Young had the opportunity to take her current job with the County of Santa Clara which provided an opportunity to tackle SB 1383. “I didn’t want to miss out on a chance to be part of the effort to get organics out of the landfill and into better uses, which I had worked for so many years to make happen,” she says.

The implementation of SB 1383 is the biggest change in solid waste in 30 years, and will be a big lift. All state jurisdictions — over 400 of them — are trying to figure out how to create and pay for new programming that will reduce and divert organic waste, and recover large amounts of edible food.

According to Young, Santa Clara County is ahead of the curve when it comes to food recovery and edible food programs. She is heartened by the fact that all of the jurisdictions are engaged and collaborating on a County-wide effort.

“I am more connected with other jurisdictions than I ever have been in my career,” she says.

All Jurisdictions need to address the state requirement to reduce the amount of edible food waste that winds up in the landfill by 20% by 2025. As County contracting agent, Young reached out to Robin Franz Martin, executive director of Joint Venture’s Food Recovery initiative, to help develop a County-wide program. Franz Martin, who was already chairing the Silicon Valley Food Recovery Council was well versed in the local food recovery infrastructure, and had people on the ground who were already recovering food effectively. “I found Robin to be a wealth of knowledge, and a tremendous collaborator,” says Young.

One of the things that Santa Clara County has done differently is to pool County-wide resources to form one program rather than implement city-by-city. Through the Technical Advisory Committee of the County Waste Reduction Commission, funding from all of the County landfills was allocated for a centrally-managed program. Joint Venture was ideally positioned and was selected to run the program and to conduct monitoring of the regulated entities as well.

As a result, Franz Martin has been coordinating with all 15 cities, creating sub-committees and seeking input from jurisdictions, nonprofits and the departments of environmental health. Many counties throughout the state are interested in emulating this innovative model of centralized management achieved through the creation of the Santa Clara County Food Recovery Program that Joint Venture helped to create and now manages.

“Robin did an amazing job,” says Young. “The outcomes have been fantastic and the jurisdictions are thrilled with the centralized implementation of the edible food requirements under 1383.”

“I will continue to work to get people more connected to where their food comes from, where wildlife lives in their area, what their watershed is, and all of those things that are really unique in this area”

What remains to finalize is the Capacity Assessment, which identifies the numerous people, agencies, organizations, and committees that are tackling food insecurity, production, and distribution. Young and Franz Martin are in the process of working with the Food System Alliance to create a map to better define a scope of existing resources. A more localized call to action is also about to be completed in July — The Future of Recovered Food — a report that will outline recommendations to improve and adequately fund recovery in the coming years.

“We're collecting so much new data that has never been compiled, that will highlight resources and support monitoring of the new mandate,” says Young.

“I will continue to work to get people more connected to where their food comes from, where wildlife lives in their area, what their watershed is, and all of those things that are really unique in this area,” says Young. “We throw away one quarter of all food that we buy and the local and global eco-system will benefit when consumers understand the impact of our resources choices.”