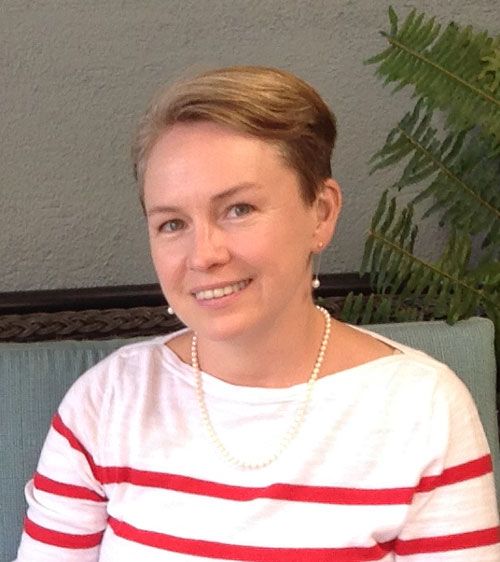 When someone has been with an organization 15 years, that’s the definition of a good fit. So it is with Kara Gross, who has logged more time with Joint Venture Silicon Valley than any staff member save CEO Russell Hancock.

At Joint Venture, Kara is Director of Public Sector Climate Initiatives and Executive Director of the Silicon Valley Economic Development Alliance (SVEDA). And recently, she stepped up to serve as Chief Program Officer, a critical role to help guide Joint Venture’s array of initiatives.

What makes this individual and this nonprofit an effective pairing? Kara calls herself an incurable booster of local government. She believes in local government as a force for good and an effective means towards greater equality and a healthier environment. “They need our support and that’s what I am here for,” she says with conviction.

This belief has defined her career. Prior to Joint Venture, Gross was Director of Economic Vitality and Health Policy at the Silicon Valley Leadership Group (SVLG), where she worked on federal, state, and local policy issues. Prior to that, she was a consultant and policy analyst in Sacramento and in Washington, DC.

She also staffed the federal issues committee at SVLG and led their efforts in healthcare reform. She previously worked in Sacramento as a self-employed consultant to the California State Department of Transportation and other agencies. She holds an M.A. in Public Administration from the University of New Hampshire, and a B.A. in Political Science from Plymouth State University.

“Kara is one of those rare individuals who combines a passion for working effectively with people while ensuring that the trains are running on time,” says P.K. Agarwal, Dean at UC Santa Cruz Extension who has known Kara for more than 20 years. “She continues to create significant value for the cause of effective governance.”

“Kara is one of those rare individuals who combines a passion for working effectively with people while ensuring that the trains are running on time.”

A native of New Hampshire, where she lived for 27 years, Kara started out working there for the political director of the teachers’ union who thought she should go to work for the school boards association. “I liked working for associations from the beginning,” says Kara. “I worked for the teacher's union during graduate school. And then after that pretty much my entire career has been working with associations of government officials.”

Kara enjoys being able to leverage knowledge across a whole (region or jurisdiction) due to what she calls the multiplier effect of collaboration. “Only the best and the brightest in government seek out working with their peers, so you get to work with the best and have the most influence by being in this space,” she says. At SVEDA, comprised of 25 city and county economic development professionals, Kara puts that principle to good use as she guides a process that is designed to pool resources for the greater success of Silicon Valley businesses.

With the onset of the pandemic, economic development officers went from serving the very largest businesses and interests in their community to — overnight — trying to figure out how to keep mom and pop businesses from closing their doors forever. “It was one of the most important things I've done in my career...helping them get the tools they needed to change their jobs, to support their businesses, to effectively serve the small businesses in their community,” says Kara.

It was that very project that brought Kara to California. 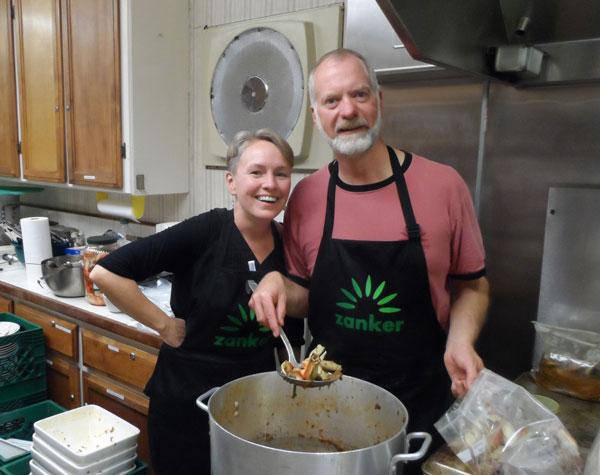 Kara holds a master’s in public administration, which she calls the Swiss Army Knife degree of the public sector, “...meaning I know how things work. And as a policy analyst, I can work on any topic, the subject matter isn't as important as the way things get done and understanding how things get done makes me effective,” she says.

Kara believes that having an organization like Joint Venture allows leaders to take risks, collaborate, and try new things that the traditional structure of government does not accommodate. “Russell Hancock has said that Joint Venture can incubate projects that may fail so that the public sector doesn’t have to take that risk,” says Kara. “Making them a success is really my mission.”

Founded in 1993, Joint Venture was an experiment, a dervish of trial activities which coalesced over time into a new model for regional collaboration. The name, “Joint Venture” was chosen because it captured the start-up nature of the enterprise, and because it also conveyed a sense this was a partnership between government and business. The organization has evolved. What began as a venture has matured into a recognized, fully-blown institutional framework for regional thinking, research & analysis, regional decision-making, and regional action.

Her greatest challenge? Having enough funding to accomplish her goals and make key initiatives a permanent part of the organization. “We need to permanently fund our initiatives in the priority areas: Equity, Environment, and Economy have taken center stage as the focus.”

Kara is married to Michael Gross, whom she met through a mutual friend 15 years ago. Michael is Vice President of Mergers and Acquisitions at GreenWaste/Zanker Recycling and has been in the waste and recycling industry since 1979 when he started his own garbage collection company while still in high school.

Together, Kara and Michael enjoy traveling and throwing large parties. “We love to entertain and to try new stuff...cuisine from all over the world, really,” says Kara. They also enjoy attending live concerts when the pandemic permits. She admits to being a fan of classic rock.

“In nearly 15 years of working with Kara on Joint Venture-related efforts, I have watched her masterfully build linkages and partnerships with other Joint Venture initiatives and programs as well as other for-profit and nonprofit agencies.”

Asked what she would be doing if she were not doing her current job, Kara says she would pursue a different flavor of nonprofit work with governments. “That's all I've done my entire career. It would just be in a different place with a different mission. This is all I do. This is my area of expertise,” she says, adding that it’s the most effective way to work with groups of government officials. She understands the pace, the dynamic, and the Gestalt of the public sector landscape.

But today, as Chief Program Officer, Kara has been charged with guiding the initiatives at Joint Venture. “Over time we have realized that some priorities are most important, including food security and having a more equitable Silicon Valley,” says Kara.

Kara’s vision is to grow Joint Venture’s programs according to the needs of the community and not just the demands of the funders.

“I could not think of another person more suited to take on this new role in Joint Venture,” says John Lang, Economic Vitality Manager for the City of Mountain View. “In nearly 15 years of working with Kara on Joint Venture-related efforts, I have watched her masterfully build linkages and partnerships with other Joint Venture initiatives and programs as well as other for-profit and nonprofit agencies.”

What does Kara wish everyone knew about Joint Venture? That the organization is bridging the gap in communication between jurisdictions and creating effective relationships — between cities and counties, and economic development.