It’s hard to imagine a tribute to a city economic development officer more powerful than the words recently written in the San Francisco Standard about South San Francisco, the city Ernesto Lucero has served for six years.

“Two-and-a-half years after the start of the Covid pandemic, San Francisco’s downtown is still a shell of what it once was. But just a few miles south, business is back,” the article said. It went on to cite “…the relative ease of navigating the city’s bureaucracy and a welcoming approach to new development.”

But Lucero, South San Francisco’s acting deputy director for economic and community development – and the outgoing chair of Joint Venture’s Silicon Valley Economic Development Alliance (SVEDA) – takes little of the credit for himself. To hear this warm, kind man tell it, the most important thing he does is to listen. 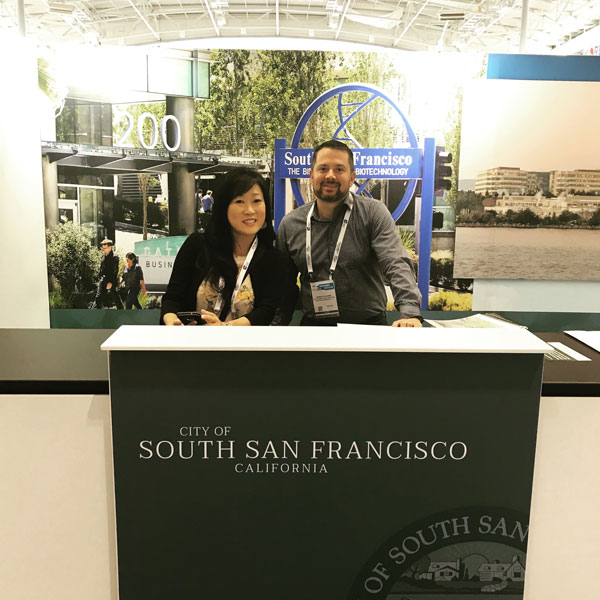 “Allowing people to give their opinions and hearing where they’re coming from at a humane level is the most important thing,” he said.

In his current role since February of this year, Ernesto was hired by the city in 2016 as economic development coordinator after working in similar roles in Stockton and West Sacramento. His job includes overseeing community development, CDBG block grants, housing, and the Economic Advancement Center, which houses economic recovery programs on workforce development and small business support.

“I have had the pleasure to work with Ernesto as a former councilmember and Mayor for the City South San Francisco and the former CEO of the South San Francisco Chamber of Commerce,” said Liza Normandy. “I have seen him grow into the leader he is today and his compassion to assist our local businesses and community before, especially during Covid-19 and afterwards. He continues to demonstrate his passion to give back and to make today better than yesterday.”

Born and raised in Orange County, California, Ernesto is the son of an aerospace engineer with Boeing who worked on the International Space Station. His mother started a travel service in their living room and coordinated international groups for the 1984 Olympics that took place in Los Angeles.

When his family hosted an exchange student from Chile his senior year, it prompted Ernesto to take a year in Valparaiso, Chile, after graduation. He became fluent in Spanish and traveled a great deal. “It definitely changed my perspective on the world and its diversity,” says Ernesto, who says the experience also solidified his connection to his Latino heritage. He uses the Spanish language every day on the job.

After his gap year in Chile, Ernesto entered San Diego State University where he earned a BA in international security and conflict resolution.

The City of South San Francisco, often called South City, has a population about 67,000. With more than 250 biotech companies, accounting for about 30% of the city’s jobs, it’s known as the Birthplace of Biotechnology.

“SVEDA provides an exemplary model for engagement — especially through the pandemic, being a part of SVEDA was hugely instrumental.”

Ernesto will soon complete his term at SVEDA, a consortium of 25 city and county economic development professionals who bring together public and private resources to ensure the success of regional businesses.

He first got involved with Joint Venture in 2016. “SVEDA provides an exemplary model for engagement — especially through the pandemic, being a part of SVEDA was hugely instrumental,” says Ernesto. “We literally had to reinvent the wheel as we learned from each other. I cannot say enough about the great feedback and camaraderie of this group of pros.”

While Ernesto had previously survived the Great Recession and had developed a strong skillset, no amount of preparation could have prepared him and his South San Francisco team for the onslaught of COVID-19.

South San Francisco was among the first cities in the region to enact a grant program using Community Development Block Grant (CDBG) funding. It was able to save 60 small businesses, each with two to four employees. “The money went straight to keeping the lights on,” says Ernesto. “Seeing the faces associated with these small businesses was very gratifying.”

Others recognized the titanic effort. 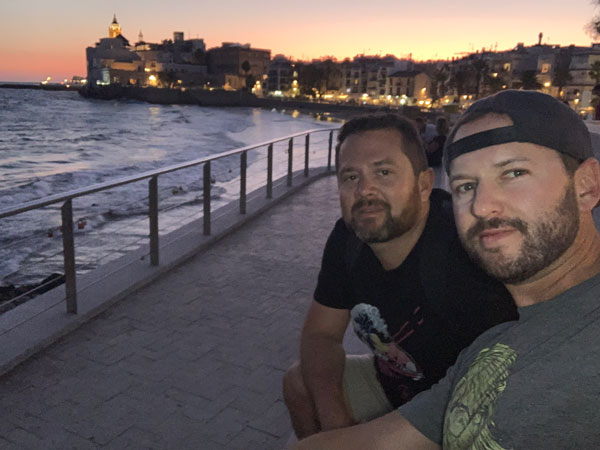 “Ernesto’s passion for small businesses was reaffirmed during the pandemic,” says Sailesh Mehra, former chief planner for the City of South San Francisco. “He showed a strong desire to help with financial assistance, with approving and constructing outdoor dining areas, and providing information weekly from County Health. I truly enjoyed working with him.”

Ernesto also extols the success of South San Francisco’s Economic Advancement Center for small business services and job training that was launched last year — first as a virtual solution and later as a brick and mortar center. The Center is currently a hub of partners, including Renaissance Entrepreneurship Center, JobTrain, YMCA, San Mateo County, and Leadership Council San Mateo County.

“We wanted to maintain something with momentum and sustainability…a long-term partnership, but we never envisioned the kind of longevity we have realized,” says Ernesto. Senator Josh Becker recently helped obtain a million dollars in state resources for the center and Member of Congress Jackie Speier provided another $500,000 in federal funding.

Ernesto has been married for almost ten years to Daniel Anderson, who works for the Bay Area AQMD in grants. They met in Sacramento through mutual friends 18 years ago. The pair loves to travel and has visited Spain, much of Europe, South America, Asia, and Brazil. Ernesto and Daniel reside in the Corona Heights area of San Francisco and imagine living in Spain one day.

“Ernesto is a champion for employees and small businesses in particular.”

Ernesto says his cooking skills improved during the pandemic. He enjoys urban hikes, just minutes away from his home. He loves music and has played the violin, the trumpet, drums, and piano throughout his life.

In November, Ernesto will moderate a panel discussion at the SVEDA annual conference that will tackle the return of travel to Silicon Valley. Panelists will include John Aitken, Director of Aviation at Mineta San José International Airport who is also on the board of Joint Venture and Makiko Barrett, President of the Silicon Valley Chapter of the Global Business Travel Association.

“Ernesto is a champion for employees and small businesses in particular,” says Kara Gross, executive director of SVEDA. “While on the SVEDA leadership team, he has brought employment services like JobTrain to his colleagues as a resource and helped execute business workshops on topics like ADA compliance, even while juggling change in his own city.”

With an eye on the future, Ernesto believes that Silicon Valley is one of the most resilient areas in the country. “We have so much entrepreneurship, innovation, and new ideas that allow us to be resilient,” he says. “The next few years will be exciting. Coming out of the pandemic which exacerbated issues like housing, and workforce development have challenged us to find creative solutions. In the past, we didn’t focus enough on small businesses in the way that we support them now.

“Many of the things we did in the past may no longer be relevant.”