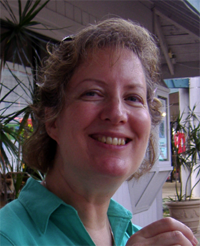 It would be natural for anyone to think that Santa Clara County budget director Leslie Crowell, who oversees a $4.2 billion countywide financial plan, must really be into numbers. She is. Just not the ones you think.

Sure, spreadsheets offer professional challenges, but for Crowell the daily box scores and standings for her two favorite baseball teams, the Detroit Tigers and Oakland A’s, hold nearly equal appeal.

As does the number nine. Nine is her Enneagram type.

“I’m a nut about the Enneagram,” Crowell says of the well-known personality evaluation diagram. “It’s so enlightening to me. I have always been interested in self-discovery as a means to improvement and personal growth. Nines are ‘helpful mediators’. It really helps when I am working through budget reductions with people who care about the services they deliver.”

Crowell, who joined the county budget office twenty-five years ago as a program analyst, rose to her current role in 2001. For the past two years, she has served as one of the key advisors for Joint Venture’s annual Silicon Valley Index, a comprehensive report on the economic health of the region.

“I first became aware of the role of regional government working for (Assemblyman) Byron Sher in the early ‘80s and (Joint Venture founder) Becky Morgan was a county supervisor,” says Crowell.

“Joint Venture is so important because it focuses on the reality that we’re all in this together – government, industry, community. None of us can do it alone. Sometimes people need to be reminded that it’s all related.

"The Index is foundational to that, even though talking about numbers can be unsexy. We try to avoid what we call the MEGO effect – ‘my eyes glaze over’. We look for relevant and current statistics. The current Index shows that even a prosperous place like Silicon Valley can be affected by the recession, even if we are better off than places like Flint, Michigan."

Santa Clara County chief operating officer Gary Graves, who hired Crowell in 1986 and has been her supervisor ever since, said the county is pleased that she contributes to the Index.

“It’s very important information that tells what’s actually happening and has a large impact on the local economy,” he said. “It’s great that she has that opportunity. Leslie is an outstanding leader and a respected member of the management team here.”

“Joint Venture is so important because it focuses on the reality that we’re all in this together – government, industry, community. None of us can do it alone. Sometimes people need to be reminded that it’s all related.”

As with most local government, Santa Clara County faces its own shortages and pressures in the current recession and has been in a deficit since 2003. “It’s been challenging,” sighs Crowell. “It’s difficult to be the bearer of bad news when County departments have faced reductions for many years in a row. We are currently facing a deficit of $240 to $250 million. The cupboard is bare.”

Crowell has felt the impact of the recession and budget cuts at home as well as in the office. Her husband, Mark Begelman, a quality assurance engineer for a manufacturing firm, has been through layoffs off three times in the past eight years. “We’ve made personal adjustments like most everyone else,” says Crowell.

The couple met in 1999 under, well, timely circumstances. She was at the watch repair counter of the Longs Drugs in Sunnyvale, struggling to install a new battery in her watch, when a man next to her offered to help. “I’ve been working on watches since I was seven,” he said.

“It turned out he was a watch god,” Crowell said. That chance meeting led to dinner, a relationship and, ultimately, the altar in 2001. “I’m extroverted and prone to stress and he’s introverted and mellow, so he keeps me from getting too wound up and I help him to come out of his shell more.”

Crowell and her sister, Ann, were born in Denver to Jackson and Helen Crowell, but the family soon moved to Hayward, where her father taught political science at Cal State Hayward (now East Bay).

“My parents were very civic-minded Democrats. That’s where I first learned to appreciate the importance of government.” Sadly, her father died of a heart defect when Crowell was still in her teens. Her mother now lives in San Francisco and her sister is in Benicia.

After earning her undergraduate degree in political science from UC Berkeley in 1980, Crowell landed a spot as a field representative for Sher, the 21st District State Assemblyman who had previously been a Palo Alto mayor and council member. For nearly three years, she attended countless community meetings on Sher’s behalf.

“Leslie is always positive and upbeat, she amazes me with her knowledge on every subject. She’s so well-read and keeps up with current events.”

“I remember going to one event where for some reason there was no name tag for me. I noticed people were only talking to others who had nametags. No one would talk to me. "

“That’s when I decided to get my master’s degree in public policy, in order to have a role that made more of an impact on people.” And off she went to the University of Chicago.

“That took me out of the Hayward suburb and into the heart of the urban ghetto around Hyde Park on the south side of Chicago. Boy, did I love that experience. The environment was an unusual combination of elite and gritty, and I learned a lot.”

While there, she worked as a parking control officer and she still admits to a sense of satisfaction ticketing luxury cars parked outside expensive private schools. In Chicago, Crowell also worked as a graduate assistant in the finance department of the university’s medical center.
Finally, with her master’s in hand, Crowell applied for several jobs back in the Bay Area in order to be closer to her family again. She interviewed with Graves and the rest is, well, still making history.

Crowell’s passion for personal growth, integrity and enlightenment is evident on the wall outside her office, where a large sign proclaims the renowned “Four Agreements” to the path of personal freedom by Mexican author and New Age spiritualist Don Miguel Angel Ruiz:

“Leslie is always positive and upbeat,” says Janice Yamamato, a close friend of Crowell’s since middle school and a college roommate. They still attend Cal games together. “She amazes me with her knowledge on every subject. She’s so well-read and keeps up with current events.”

Along the way, Crowell has also acquired a love of travel, cooking, classical music, reading and sports, especially baseball. “My dad was a big Detroit Tigers fan,” she says. “I remember back to the 1968 World Series when the Tigers had Al Kaline, Denny McClain, Norm Cash and Mickey Lolich.”

She claims she’s “not particularly a detail person,” but she monitors Giants, A’s and Tigers games in progress with a radio and real-time digital scoreboard on her desk. One day, she says, she would love to combine her travel and baseball pastimes with a trip to the Baseball Hall of Fame in Cooperstown, New York.

Among the many exhibits there is the Records Room on the third floor, where visitors can track the active and all-time leaders in virtually every statistical category.

Crowell might enjoy that. If only she were into numbers.