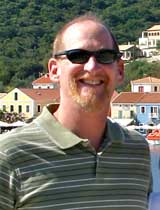 If you were to ask him, Dave Boesch might tell you that running a county with 750,000 people, 5,500 employees, 18 departments and a $1.8 billion budget is a bit like moving pianos.

They both take a lot of planning, hard work and a strong team of people. Boesch would know. He’s done both.

As San Mateo County Manager, Boesch oversees California’s fourteenth largest and Northern California’s sixth largest county, and he faces many of the same challenges confronting his counterparts in this prolonged and deep recession.

“At the end of the day, we need to make sure all our residents have a reasonable opportunity to be healthy, safe and successful,” Boesch said the other day in his spacious but austere office in Redwood City’s county government center.

“San Mateo County has a stellar reputation. The Board of Supervisors has been incredibly supportive and I have great department heads,” he added. “Our workforce is down ten percent, but we have avoided layoffs by job freezes and attrition.”

Boesch is a long way from his childhood in the suburbs of Washington, D.C. and his college days at the University of Utah in Salt Lake City, where he worked delivering pianos while earning his undergraduate degree in urban planning.

“At the time it was the largest player piano dealership in the U.S. and it was a great job because it gave me a lot of flexibility for school and skiing. Utah was where I learned that I wanted to do city planning instead of architecture.”

“A number of other high tech regions around the country have tried to emulate the Joint Venture model. It’s an important contributor to the economic vitality of every city in Silicon Valley.”

With that also came a dedicated and active role at Joint Venture as a board member, a key advisor on the annual Silicon Valley Index and a champion of new efforts toward regionalism in local government.

“Joint Venture plays a critically important role for the region,” says Boesch. “It serves that convener or facilitator function that helps contribute to the overall quality of the valley. It can marshal the key people and the resources and set the table for important regional issues.

“A number of other high tech regions around the country have tried to emulate the Joint Venture model. I was aware of Joint Venture back when I was working in Boston before I came to California in 1996. It’s an important contributor to the economic vitality of every city in Silicon Valley.”

The regional trends provided by the Index, Boesch says, “demonstrates the tangible results of how we use our resources, and the data is important to our fiscal security and future posterity.”

“Dave is an incredibly astute person,” said Erica Wood, Vice President of Community Leadership for Silicon Valley Community Foundation, who has collaborated with Boesch on foundation projects and as part of the Peninsula Partnership Leadership Council. “He will always ask the right questions at the right time. He is a very savvy bureaucrat and a prudent financial manager.

“More strategically,” she added, “is that he gets that we have to work through public-private partnerships to advance the common good. He knows we can’t work in isolation.”

With local government currently “under siege” and “at risk because of the fiscal dysfunction of the state,” Boesch has joined a new focus by Joint Venture on a regionalist approach.

“We need to have a serious conversation about the state of local government,” Boesch says. “In San Mateo County, we need to ask if it makes sense to have a multi-layered structure. There is a lot of overlap and duplication of services.

“We have 20 cities, two dozen school districts, 45 special districts, many boards and appointed officers. We need to take a much broader look at how we provide our services.

“Joint Venture’s Regionalism 2.0 is a really timely forum. It’s incumbent on Silicon Valley to lead the state out of this maze.”

Boesch spent his early childhood in Bethesda, Maryland, where his father, David Sr., was an accountant for the Chesapeake and Potomac Telephone Company, and his mother, Trudy, taught in junior and senior high schools. Dave’s younger brother, Russell, is now an environmental consultant in Nashua, New Hampshire.

“Growing up in D.C. was amazing,” Boesch recalls. “It was the height of the Sixties – civil rights, war protests, the Kennedy years. All my school field trips were to the museums and monuments in the nation’s capital.”

The experience led Boesch to consider a career in architecture, designing public buildings. When it came time for Dave to choose a college, he had two priorities – architecture and skiing.

“So I applied to schools in Vermont, New Hampshire, Colorado and Utah,” he recalls with a smile. “When I visited Utah, it snowed a hundred inches in three days. That pretty much closed the deal for me.”

It was at Utah where he switched to the bigger picture of urban design. “Master planned communities were just emerging and I thought that was something I could do in my life that would make a difference.”

It was about the same time, during his sophomore year at Utah in 1976, when Dave first met Carrie Hewitt, an interior design major, in a group of students that went on skiing, hiking and camping trips together.

After graduation in 1979, Boesch remained in Utah to work as a planning administrator for the Park City Municipal Corporation. He and Carrie were married three years later, and in 1986 he was invited to attend graduate school at the John F. Kennedy School of Government at Harvard University.

At Cambridge, Dave earned his master’s in public administration in 1987. “It was a relatively small mid-career class of 275 from a hundred different countries,” he recalls. “Most were in their forties, but I was only 30. We had guest lecturers like George Schultz, Margaret Thatcher and Desmond Tutu. I loved it.”

“I think Dave has done a remarkable job of keeping the county together, keeping it focused...he really is a consensus builder. He cares a great deal about people - both the people who work for the county and the people who are served by the county.”

Boesch spent the next six years as Director of Community Development for the City of Nashua, New Hampshire, where his son, Alexander, was born in 1991. He is now a student at Chico State University.

In 1996, the City of Sunnyvale hired Boesch as its Director of Community Development. Four years later, he moved up the Peninsula to become city manager of Menlo Park, where he spent seven years before San Mateo County Manager John Maltbie tapped him to be the new Assistant County Manager.

“I think Dave has done a remarkable job of keeping the county together, keeping it focused on the most critical responsibilities it has during the financial turmoil of the past two years,” Maltbie said. “He really is a consensus builder. He cares a great deal about people - both the people who work for the county and the people who are served by the county.

“Dave is also very devoted to his family,” Maltbie added. “When his son was growing up and played ice hockey in high school, the team traveled a lot throughout western U.S. and I don’t think Dave missed a single game.”

Boesch worked two years at Maltbie’s side before the longtime county manager retired at the end of 2008. The Board of Supervisors then installed Boesch as only the fifth San Mateo County manager in the last fifty years.

“All of us on the Board have been impressed by Dave’s ability to deliver results and ideas for more efficiently delivering services,” board president Adrienne Tissier said at the time.

Boesch still unwinds from the pressures of his job with as much skiing as time and weather allow, along with such other outdoor pursuits as hiking, biking and golf, all of which are plentiful near the family vacation home in North Lake Tahoe.

Gardening at their Menlo Park home is another of his “favorite escapes,” Boesch says.

And it beats moving pianos.