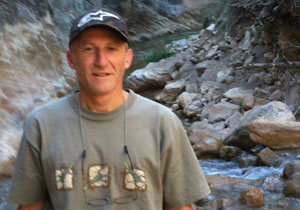 But day two ended on a shaky note.

“That was the day of the Loma Prieta earthquake,” recalls Klein, who grew up in the Midwest and had spent little time in California.

“I was on the seventh floor of building two at Palo Alto Square. It was my first earthquake, but I knew enough to get into a doorway. Since I’d never been in a quake before, I thought this is what they all felt like. I guess I was wrong about that.”

He was right, however, about his career choice after dabbling in business school and pondering academia. Klein spent twenty successful years with Wilson Sonsini before joining Greenberg Traurig, LLP three years ago.

His practice with Greenberg Traurig, a global firm with more than 1800 lawyers on five continents, focuses on startup and venture capital transactions, technology transactions, and mergers and acquisitions.

He also enjoys teaching business organizations, and mergers and acquisitions, to law students. He has been an adjunct professor at Santa Clara University School of Law since 2001, a UC Berkeley Extension instructor since 2008 and has lectured in securities regulation at UC Davis and Stanford Law School.

Klein is also a member of the Joint Venture board of directors and plays a pivotal role as an advisor to the annual Silicon Valley Index.

“I work with young CEOs, entrepreneurs and startups to help them form their businesses, raise financing, license and sell their technology and services, and expand their businesses,” Klein said during a visit in his East Palo Alto office next door to the Four Seasons at the busy intersection of University Avenue and U.S. 101.

“When entrepreneurs get to the point where they are raising funds, hiring employees and leasing office space, they start to have liabilities that could impact them as individuals so they need legal guidance to protect themselves and their company.”

Klein also works with companies being acquired or merged. He and his team managed five sales last year and are working with 40 to 50 clients at any given time, and he has advised on more than 150 company-side and more than 40 investor-side financings in various industry sectors.

“Tom was my initial mentor as a young attorney,” said Larry Adkison,” who worked with Klein at Wilson Sonsini and has been reunited with him for the past few years at Greenberg Traurig. “He’s very wise and a sage in Silicon Valley, for sure. Tom is easy going, but he definitely knows what he’s doing. And he is a great colleague who helps everyone else perform better.”

Klein is the author of dozens of legal articles, including one for Venture Capital Journal with the intriguing title of “If You Are Triskaidekaphobic, This Will Help Calm Your Fears.”

“Triskaidekaphobia is the fear of thirteens,” Klein explains. “The article was about SEC regulations 13 D and G that deal with ownership disclosure. I was having fun with the title. But I’m not superstitious at all. Thirteen has been good luck for me.” 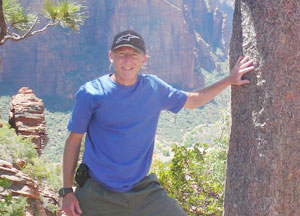 “I studied economics in college and I got close to data,” Klein says. “The Index is quite useful for business leaders and policy makers, and there’s no other collection of data about the region that matches what Joint Venture does.

“I followed the Index and knew about Joint Venture before I joined the organization,” he adds. “Then I met Russ Hancock and saw that he has a vision, an energy and a dynamism for improving the region. It was infectious.”

Klein admits he was hardly a numbers geek growing up in Ohio. He was born in New Haven, Connecticut, where his father, Richard was doing his residency in radiology at Yale, and his mother, Eleanor, taught grade school.

Tom was a second-grader when the family, including his two sisters, Stephanie and Amy, moved to the Dayton suburb of Oakwood, where he led a typical suburban childhood. “Oakwood was where the Wright Brothers lived originally. We walked by their home every day on the way to school.”

Tom ran cross-country and track in ninth grade at Oakwood High School before heading back to Connecticut and his last three years of high school at The Hotchkiss School.

“My folks were very focused on education when I grew up in the 1960s,” he says. “Boarding school was good for me. It made me a better student, and I was happy to put in the effort to do well.”

That led him to Swarthmore College outside Philadelphia, where he graduated in 1985 with honors in economics.

In the fall, Klein headed to UCLA for graduate school in business. “My vision of L.A. was the ‘Rockford Files'. I figured I might end up on Wall Street, but then I saw all these law students in my classes getting recruited, and I realized that was a better way for me to go.”

“My vision of L.A. was the ‘Rockford Files'. I figured I might end up on Wall Street, but then I saw all these law students in my classes getting recruited, and I realized that was a better way for me to go.”

Klein returned to the Midwest and took a summer job working at the Chevrolet plant in Dayton, assembling Chevy S-10 trucks.

“I installed driver’s side glass, door latches, cowling and did some welding,” he recalls. The plant closed in 2008.

After his summer at the plant, Klein entered Chicago Law School, where he earned his J.D. in 1989 and then headed back to California to join Wilson Sonsini Goodrich & Rosati, where he worked with founding partner John Goodrich.

“What I like about Tom is the perspective he offers on decision-making,” said another Greenberg Traurig colleague, John Rockwell, who likened Klein’s style to his father’s for giving advice. “Tom leans right into it and is perfectly honest. He has a frankness we really appreciate.

“Corporate law in Silicon Valley is so much more than just the law,” added Rockwell. “Some people are surgical with the law, but when it comes to an appreciation of the business objective that goes with it, Tom understands that, too, and he is very comfortable with it.” 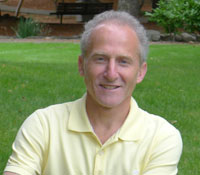 Rockwell also finds Klein a willing partner in his weekly quest to delay the pain of a Friday afternoon commute to San Francisco, and they can usually be found in the bar of the Four Seasons hotel downstairs from their office. “Tom was happy to oblige,” Rockwell says with a grin. “We’ve developed a friendship since he arrived here.”

Klein also unwinds from his hectic schedule by running some forty miles a week around the area near his office or on trails near his home in Los Altos. He competed in a 5-K and two 10-K races this year and is training for a half-marathon later this year.

He enjoys biking and visiting national parks and camping with his two children from a previous marriage, David, 16, and Katherine, 12.

Meanwhile, it’s fair to say he’s not looking forward to his next big earthquake, but he understands the tradeoffs for living and working in Silicon Valley.