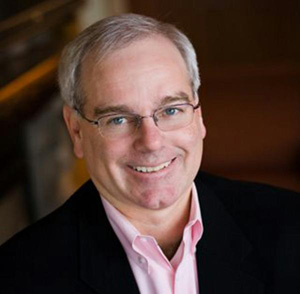 Lenny Mendonca of McKinsey & Company received the 2013 David Packard Award -- Joint Venture's highest honor -- at the State of the Valley conference in San Jose on February 8. His longtime friend and colleague, former California legislator and Children Now CEO Ted Lempert, made the presentation before the audience of 1200 in attendance.

Lenny Mendonca joins a distinguished list of Silicon Valley icons who have been recognized by Joint Venture because they embody the spirit of the man for whom this honor is named. Like David Packard, Lenny has brought the same sleeves-up, cross-boundary, problem-solving approach to civic engagement on our region’s challenges for more than 30 years.

Lenny’s work on behalf of Joint Venture and other regional economic organizations like the Bay Area Council, New California Network and California Forward, to mention a few, has brought meaningful reform and greater accountability to our civic institutions. He has also made McKinsey’s resources available to these and other organizations for surveys, fieldwork and comprehensive studies of complex issues

“Quite simply, Lenny sees a problem and finds a way to bring various stakeholders together to help fix it.”

Quite simply, Lenny sees a problem and finds a way to bring various stakeholders together to help fix it.

Leonard Thomas Mendonca was born in 1961 in the central Valley city of Turlock. Lenny’s parents, Leonard and Iris, were dairy farmers who owned a small ranch east of town where their 100 cows produced milk they sold to cheese companies.

Along with his younger brothers Ray and Rob, and his little sister, Lucille, Lenny did his chores around the ranch before and after school, and in high school he milked cows during the summer and sometimes on weekends.

At the same time, Lenny excelled in academics and discovered his interest in government, winning election as Turlock’s student body president.

Perhaps Lenny’s most life-changing discovery in high school, however, was meeting Christine Johnson at a Junior State of America meeting, and she has been at his side ever since. Lenny and Christine were married in Turlock in 1983 and this year they will celebrate their 30th anniversary.

His first job was in New York with the management consulting firm that would become his lifelong employer, McKinsey & Company. He returned to California in 1985 to attend business school at Stanford, where he earned his MBA.

In 1987 Lenny joined the San Francisco office of McKinsey. As a consultant to business and government, he soon became a frequent flyer between the Bay Area and Washington, D.C., interacting with elected representatives and administration officials.

Over the years in his McKinsey role, Lenny honed his expertise in globalization, corporate social responsibility, economic development, regulation and education. He has helped numerous public sector, nonprofit and corporate clients address their most complex management challenges.

“He has helped numerous public sector, nonprofit and corporate clients address their most complex management challenges.”

In 2002 Lenny and others came to feel that California’s tax and budgetary system was broken, so he worked with the leaders of Joint Venture to make fiscal reform a Joint Venture priority. That was a major departure for an organization like Joint Venture, which, as a regional organization, doesn’t have a statewide charter.

But Lenny, along with others, argued forcefully that it wasn’t right for a prominent Silicon Valley organization to be silent on such an important issue. In fact, the only way it would ever change, he believed, was when people outside Sacramento inserted themselves into a broken process and demanded something better.

So Lenny helped create a partnership between Joint Venture and the Bay Area Council and its economic institute called New California Network.

He helped raised money for this new organization, including a major Irvine Foundation grant to get the group up and running. Ultimately it was so successful that five major foundations took notice and through their investments New California Network evolved into the group known today as California Forward.

California Forward has delivered such results to the state as statewide initiatives on redistricting, performance-based budgeting, two-year budget cycles and a simple majority rule for budget passage. All have changed the state as we know it and Lenny’s efforts led the way to breaking the gridlock in Sacramento.

Through his work with Common Cause Lenny helps tackle the same issues on a national level, bringing meaningful improvements and more accountability to our democracy.

But Lenny’s professional and community involvement also includes serving as the board chair of Children Now and on the boards of the New America Foundation, the Committee for Economic Development and the Bay Area Council, among others.

In 2009, the Committee for Economic Development honored Lenny and others with its distinguished performance award for his work as chairman of the McKinsey Global Institute. 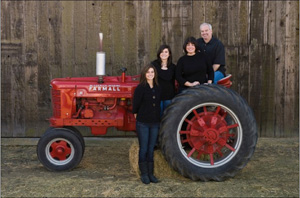 In 1989, Lenny and Christine settled in the Peninsula coastal community of Montara – the perfect confluence of his rural upbringing, his love of the ocean and the town’s equal distance from San Francisco and Stanford. Around the same time, they were blessed with two daughters, Allie and Rebecca.

In 2000, Lenny’s hobby of home brewing took a leap when he and a partner acquired a vacant restaurant at Pillar Point Harbor, the old Shorebird. They refurbished it and reopened as the Half Moon Bay Brewing Company.

Lenny’s passion for improving the way government works by informing more people about it inspired him last year to blend both his restaurant and civic endeavors by creating a new public forum at the coast, Brews & Views.

Brews & Views brings big-name policy people to the restaurant each month for lively discussions and question-and-answer sessions with the restaurant guests.

Lenny is also the founder of Fuse Corps, an organization that enlists entrepreneurial professionals to tackle the nation’s most pressing problems through a one-year fellowship with a visionary governor, mayor or social entrepreneur. 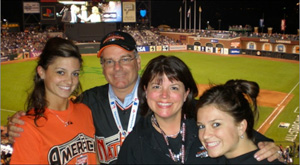 But it’s not all work for Lenny. Weekends can find him biking the coast with his buddies, spending time with his parents, or taking in a Giants game with family and friends.

In true Joint Venture fashion, Lenny Mendonca has worked tirelessly and very effectively, most often behind the scenes and away from the spotlight, to bring the public and private sectors together, to solve seemingly intractable problems, and to make Silicon Valley a better place for all of us.