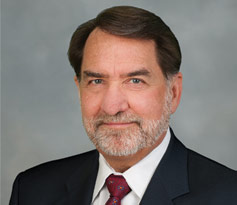 For Silicon Valley patent attorney Steve Hemminger, the delay in establishing a permanent regional branch of the U.S. Patent and Trademark Office because of sequester-related budget cuts is an obvious disappointment, but he believes it’s temporary.

“It’s just a blip,” says Hemminger, the partner-in-charge of Alston & Bird’s Silicon Valley office in Menlo Park and a Joint Venture board member. “It’s got to happen, there’s too much momentum.

“The Patent Office makes a ton of money, especially from Silicon Valley,” he says, noting that 25 percent of all U.S. patent registrations come from California and nearly half of those originate in our region (13,520 in 2011), “but the government siphons it off into the general fund.”

“He led by example, and his qualities as both a lawyer and person were always something to look up to and learn from."

After a hard won campaign by Silicon Valley elected officials, the Silicon Valley Leadership Group and other regional organizations (including Joint Venture), the USPTO opened a 4700 square foot temporary office in Menlo Park in March while it explored options for a permanent 35,000 to 40,000 square foot space. And then the sequester intervened.

Inadvertently complicating the situation is the dearth and high cost of commercial space in Silicon Valley, a challenge for Hemminger’s clients. “It’s a good news, bad news situation,” he says.

All in all, Alston & Bird weathered the recession well, says Hemminger, tripling the number of attorneys on staff from ten to 30 since he arrived five years ago and growing business with major clients in the U.S., Europe, Asia and Israel.

Founded in the late 1800s, Alston & Bird has built a reputation as one of the country’s best employers, appearing on Fortune Magazine’s “100 Best Companies to Work For” list for 14 consecutive years, an unprecedented accomplishment among law firms in the United States. The firm also has offices in Atlanta, Brussels, Charlotte, Dallas, Los Angeles, New York, Research Triangle, Ventura County and Washington, D.C.

As partner-in-charge he fills two roles, one working with clients and one running the business. If the stacks of papers, books and boxes in his office are any indication, it’s no wonder he’s in the office by 6 a.m. and not out before 6 p.m.

“Most people don’t realize there are two aspects to running a law firm – one is the practice of law and two is the operation of the business end,” Hemminger notes. In his primary role, he specializes in intellectual property and manages prosecution, litigation, licensing, counsel and other tasks for clients.

He also spends a good deal of his time on administrative tasks, managing some 60 employees, financials, space needs, human resources, even marketing, “like making decisions about whether we should invest in the new Levi’s Stadium.”

“Steve was a mentor to me for the first ten years of my career,” said Jeff Miller, a partner at Dickstein Shapiro. “He led by example, and his qualities as both a lawyer and person were always something to look up to and learn from."

“He is a loyal, client-centric patent attorney with years of experience in efficiently handling complicated client issues. You will not meet a more dedicated, smart and effective attorney. He is especially strong at digging into and understanding a client’s technology so that the best legal result can be obtained. This is especially important here in Silicon Valley, where a client’s technology is usually its most important asset.”

“...we care about our environment and our clients in clean tech. Joint Venture facilitates that with a consensus-building role that helps us be more attuned to who we are."

Community engagement is another area that’s important both to the firm and to Hemminger personally. It’s what drew him to Joint Venture’s board of directors a year ago.

“We are constantly looking at ways to get involved in the community,” says Hemminger. “We’re a citizen here and we care about our environment and our clients in clean tech."

“Joint Venture facilitates that with a consensus-building role that helps us be more attuned to who we are. Sea level rise, climate change, regionalism – these all are issues that we work with our clients on. It’s time well spent.”

Of recent revelations about the government’s Prism program surveillance of Americans’ phone records for counter terrorism purposes, Hemminger says the secrecy concerns him.

“Speaking strictly from my personal viewpoint and not on behalf of my firm or our clients,” Hemminger says, “the personal information the government is getting should only be obtained through a proper legal process."

“I can’t get the same information without a subpoena. More troubling to me is the international emails. I deal with clients in foreign countries. It should be up to us what knowledge we decide to give up versus security. Where does it stop?”

Born in Chicago, Hemminger spent his childhood moving around the country from coast to coast, but as a mechanical engineer and attorney he’s a classic acorn that didn’t fall far from the tree.

“When I was little, my father worked for ITT installing phones, but after 14 years of night school he earned both his engineering degree and his law degree,” says Hemminger.
“He then became a patent lawyer for ITT, so we moved from Chicago to New York to southern California and back to New York.”

With an older brother who became an engineer and a sister who became an attorney, Hemminger’s die was cast early. He says he began thinking about a career in engineering and the law while at Glen Rock High School in New Jersey.

For college, Hemminger went to Renssaelaer Polytechnic Institute in Troy, New York, a school so specialized that even its athletic teams are nicknamed the “Engineers.”

After earning his B.S. in mechanical engineering from Renssaelaer in 1974, Hemminger came west to earn his J.D. from Southwestern University Law School in Los Angeles, an experience that led to his love of the California lifestyle.

He took his first job with Lyon and Lyon, an L.A. firm specializing in domestic and international intellectual property law, where he remained for nearly 20 years.

With clients in Silicon Valley, Hemminger commuted regularly from Los Angeles and often stayed at the Hyatt San Jose. It was during one of those trips in 1984 that he and the concierge, Tricia, began a relationship that has endured since.

The couple was married in 1989 and has two daughters, Mariah, 21, currently studying psychology at St. Mary’s College in Moraga, and Carly, 18, a freshman at the University of Colorado in Boulder, majoring in, what else, mechanical engineering.

From Lyon and Lyon, Hemminger moved to another international firm, White and Case, where he spent five years before joining Alston & Bird in 2008.

“What I like about Steve is that he gets things done, he always finds a way to figure things out,” says David Conmy, a principal at Zenzile consulting who’s been Hemminger’s friend for 30 years.

“Tricia was my wife’s college roommate,” Conmy adds. “We see them at least once a month. We own a condo in Tahoe together. We like skiing and wine tasting, and we spend holidays together. Steve’s got a good sense of humor and he’s a huge Sharks fan.”

“I wanted to be like him, to do what he did,” Hemminger recalls. “I like diving because it’s a totally different environment that gives you a different perspective. It’s kind of like flying in a way, cruising over the ocean floor, essentially weightless.” 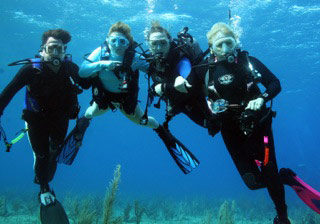 Back on land, Hemminger’s engineering skills kick in around the family home in the Santa Cruz Mountains near the Lexington Reservoir. “I enjoy building things. I built chicken cages, a greenhouse.”

Hemminger also has an acre of Chardonnay grapes on the property, which he sells to Clos La Chance winery. “We had our first harvest last year and we’ll have our first wine soon. We’re looking forward to that.”

Maybe by then he’ll be able to toast the opening of the new Silicon Valley patent office.