An Institute analysis of the U.S. Census Bureau’s 2013 American Community Survey released last week also indicates a decline in the region’s poverty rate and an uptick in those with health insurance.

“This means that established Silicon Valley residents are getting wealthier, in addition to more high-income households moving into the region.”

The American Community Survey (ACS) is a mandatory statistical report that provides data every year to help determine how more than $400 billion in federal and state funds are distributed annually. The Institute extrapolates county-by-county data from the survey to arrive at regional totals for Silicon Valley. 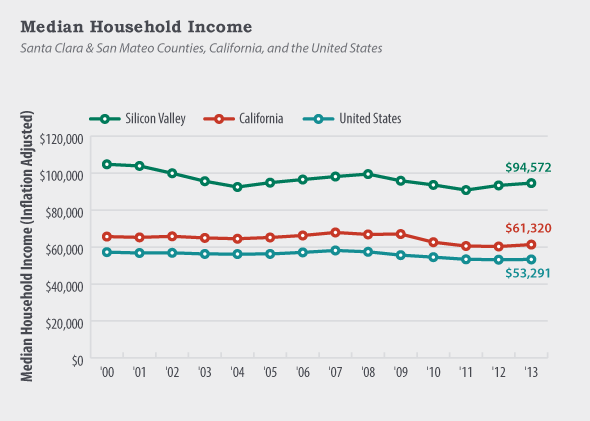 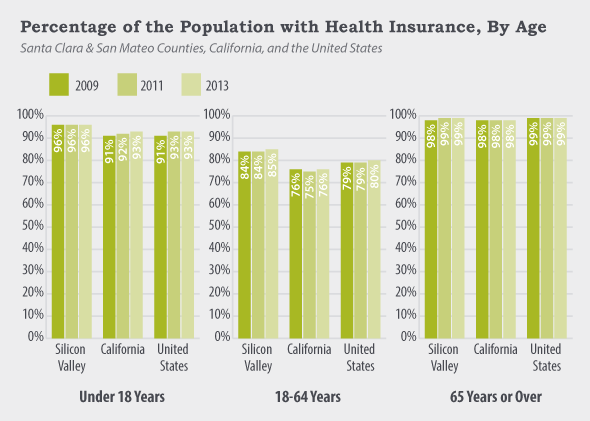 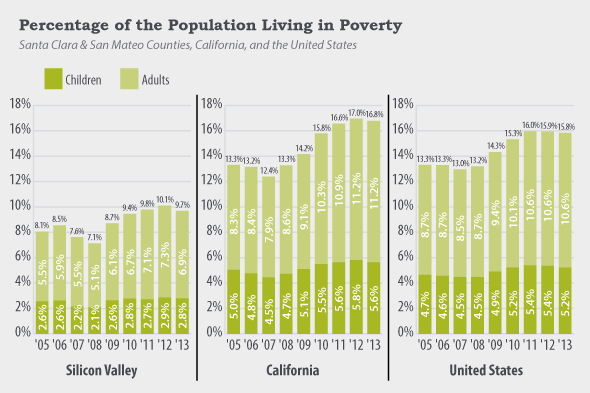 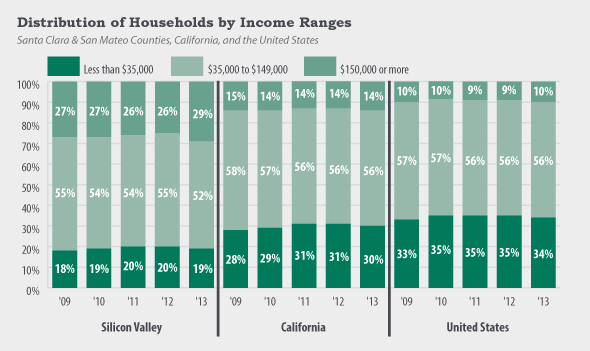