December 10, 2014 – A new census report shows nearly one in three young adults in Silicon Valley is living with a parent despite the resurgent economy, the Joint Venture Silicon Valley Institute for Regional Studies reported today. 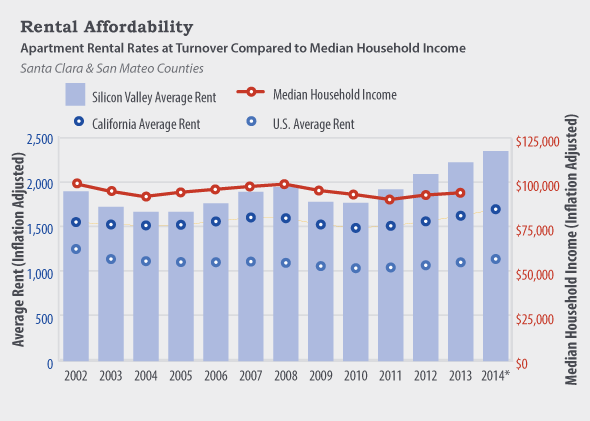 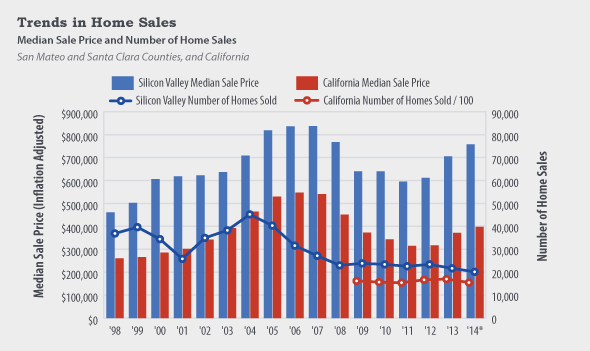 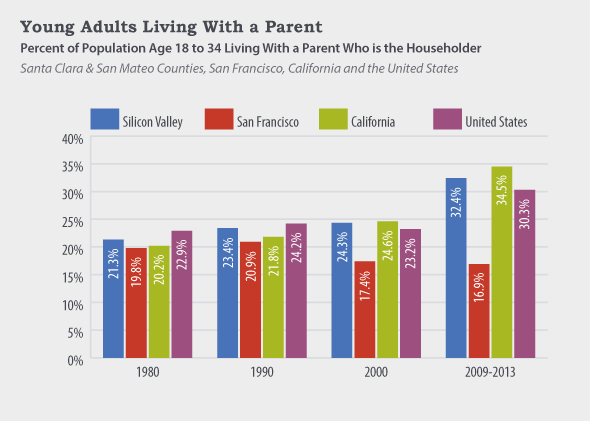 The latest U.S. Census Bureau data for those in the 18-to-34 age group from 2009 to 2013 shows that 32.4 percent of Silicon Valley young adults live with a parent, compared with 34.5 percent in California and 30.3 percent in the U.S. Young adults are also better educated and marrying later than their counterparts in 1980, not only here but also statewide and nationally.

Over the past five years, a third of those aged 18 to 34 were married, compared to 31 percent in California and 34 percent in the United States. In 1980, 53 percent of Silicon Valley young adults married before age 34 and the rate has dropped steadily since.

“It’s surprising to see as many young adults in Silicon Valley living at home as in the rest of the nation, given the growth of jobs and income here,” said Rachel Massaro, Joint Venture vice president and senior research associate for the Institute.

“But the trend to marry later appears to be keeping them at home longer everywhere,” she said. “At the same time, over half of the young adults in Silicon Valley come from out of state, so they are faced with increased housing costs and lack the option of moving in with their parents.”

The latest data is part of the Census Bureau's American Community Survey, with a special focus on “Young Adults: Then and Now.” The Institute for Regional Studies extrapolates county-by-county data from the survey to arrive at regional totals for Silicon Valley.

Other findings in the latest data include: