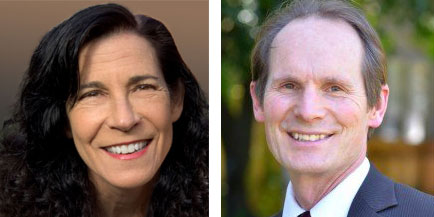 September 30, 2020 - As Governor Gavin Newsom issued an executive order banning gasoline-fueled cars by 2035, two established players in the climate crusade have joined forces with Joint Venture Silicon Valley. Commencing immediately, Coltura and The Climate Center will work under the umbrella of Joint Venture on new efforts to reduce greenhouse gases.

Coltura, a west coast nonprofit working to speed the transition from gasoline to cleaner alternatives, will launch a new program, Beyond Gasoline, as an initiative of Joint Venture. “Our work will accelerate adoption of gasoline-reduction measures and commitments in Silicon Valley and set an example for the world,” said Janelle London, executive director of the initiative. “The transition must be quick and equitable.”

The Climate Center is a nonprofit working across the state of California to reduce greenhouse gases. At Joint Venture, The Climate Center will push Climate-Safe California, an initiative providing a comprehensive platform to bring California’s climate targets and policies into alignment with current science.

The Climate Center has played a pivotal role in California’s transition to community choice agencies for electric power distribution, which increased from two agencies in 2014 to 21 agencies today.

As an initiative of Joint Venture, Climate-Safe California will provide guidance to city- and regional-scale clean energy and resiliency projects, and mobilize increased support for climate action across major business sectors. “The climate crisis is showing itself to be more challenging? than even we imagined,” said Ellie Cohen, CEO of The Climate Center. “To address the crisis Silicon Valley’s collective response is needed now more than ever.”

Coltura founder and co-executive director, Matthew Metz, will join Joint Venture’s Senior Advisory Council. “Beyond Gasoline” will serve as the Silicon Valley arm of Coltura, and the group will continue its work outside of Silicon Valley under the Coltura name.

“It’s not hyperbole to say the planet hangs in the balance,” said Russell Hancock, president and CEO of Joint Venture. “Bold action is required. By joining Joint Venture, both of these organizations will be supercharged and Silicon Valley’s race against time can change from a marathon to a sprint.”