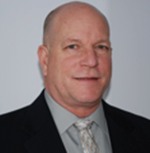 Jordan, founder of emergency management consultants Traiden Global Solutions with 35 years in the field, and Gravett, a 43-year veteran of the U.S. Army and National Guard concurrent with 22 years in the Los Angeles Police Department, both have extensive domestic and international experience in emergency planning for private industry, government, public safety agencies and the nonprofit sector.

“Joint Venture is extraordinarily fortunate to have found not one, but two of the best in the business to command Silicon Valley’s preparation for the disaster we know is coming someday,” said Russell Hancock, CEO of Joint Venture. “Together they have the experience and know-how to marshal all the key parties and resources so that Silicon Valley can be the world’s best example of planning and preparedness.”

Hancock said Jordan and Gravett will carry out their duties under the mantle of Traiden Global Solutions, a leader in safety, security and emergency management with dozens of clients in federal, state, county and local government and private businesses in petroleum, mining, aerospace and manufacturing worldwide.

“Once in a career you come across something you can really believe in, one where all your past efforts and knowledge are wrapped up in one project, and that’s what this Joint Venture initiative is for me,” said Jordan. “Safety is not the absence of danger, it’s the presence of preparation.”

Jordan developed a standard for strategic planning and instructional delivery that has been adopted throughout the U.S. and in 32 countries. Prior to Traiden, he was the curriculum coordinator and associate professor for the University of Nevada, Reno Fire Protection Training Academy, specializing in emergency planning, incident command systems, fire, hazardous materials and rescue. He currently serves on boards of multiple organizations promoting safety and security.

"This project is a unique opportunity for Bay Area cities and counties to be forward-thinking in preparing for an emergency," said General Gravett, whose National Guard career included command of various Bay Area units. "This centralizes all the resources required to address the issue and sets the stage for the Bay Area to be a leader in preparedness." 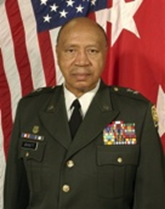 General Gravett is a principal partner of Traiden, which he joined after retiring from service in the Army and National Guard that included tours of duty in Asia, Western and Central Europe, Central America and the Caribbean, as well as the U.S. and the Pentagon. His career with the LAPD included assignments in detectives, tactical operations, gang investigations and training. He retired as a watch commander in 1984 and returned to full-time active duty military service for 20 years.

The Joint Venture board of directors envisions a state-of-the-art Disaster Resiliency Center for Silicon Valley, one that will serve as a central staging area during disasters, but which will also serve as a sophisticated training facility and a center for research. The leaders of the initiative hope the center will be located at Moffett Field and utilize the infrastructure that is already in place there. They are working in partnership with local, state, and federal officials to make that vision a reality. Seed funding for the initiative has been provided by the United States Department of Homeland Security, and was awarded to Joint Venture by the Santa Clara County Approval Authority.