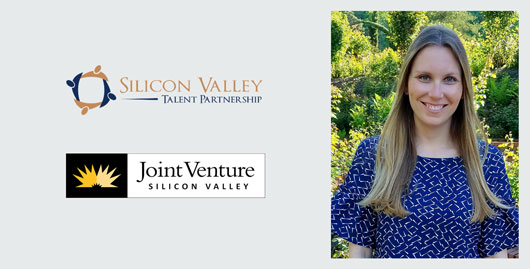 The unification, approved by the boards of both organizations, enables both parties to greatly enhance their respective missions, which includes continuing their ongoing county-wide Food Rescue Initiative partnership, which began in 2016.

“We are excited to be a part of Joint Venture’s efforts to spur important regional change,” said SVTP Executive Director Jenny Weiss. “This new initiative will enhance their great work by engaging the unparalleled corporate talent we have in our own backyard to tackle some of Silicon Valley’s big challenges.”

SVTP engages pro bono teams from private sector corporations and matches them to meaningful projects at civic agencies and cities. Launched in 2014 with a $1 million grant from the Knight Foundation, SVTP has since completed 45 projects for local governments and public agencies.

Under the new arrangement, which takes effect in July, SVTP will operate as an initiative of Joint Venture, with Jenny Weiss serving as its executive director and reporting to Hancock.

Silicon Valley Talent Partnership was formed in 2014 to leverage Silicon Valley’s private sector talent in order to enhance the work of local government and maximize the public sector’s ability to innovate.