November 19, 2021 – Silicon Valley employers added 13,000 workers between mid-September and mid-October and the unemployment rate dropped slightly to 3.7%, according to analysis by Joint Venture Silicon Valley’s Institute for Regional Studies. The drop in unemployment is much slower than the change experienced from August to September, when the unemployment rate dropped by 0.8 percentage points (from 4.7% to 3.9%). Since April 2020 and the initial job losses associated with the onset of the COVID-19 pandemic, Silicon Valley has recouped nearly 161,000 jobs, or job growth of 12.7%.

The analysis follows the November 19 release from the California Employment Development Department (EDD). National-level data for October was released by the U.S. Bureau of Labor Statistics (BLS) on November 5.

Computer Systems Design and Related Services added 2,200 jobs as part of the larger sector from mid-September to Mid-October. Computer Systems and Design and Related Services has added 6,500 jobs (+3.8%) since March 2020, growing despite the pandemic. Employment Services is also a notable growth sub-sector within Professional and Business Services, adding 1,900 jobs since mid-September, a 5.1% growth rate month-over-month.

“There are sub-sectors within the larger Leisure and Hospitality industry in Silicon Valley that are still without at least of a third of their pre-pandemic workforce 19 months on,” said Ryan Young, Research Manager for BW Research and an affiliated researcher at the Institute. “The real challenge for these firms is determining if and how their businesses operate in a post-March 2020 world, and will demand for their services reach previous levels?” 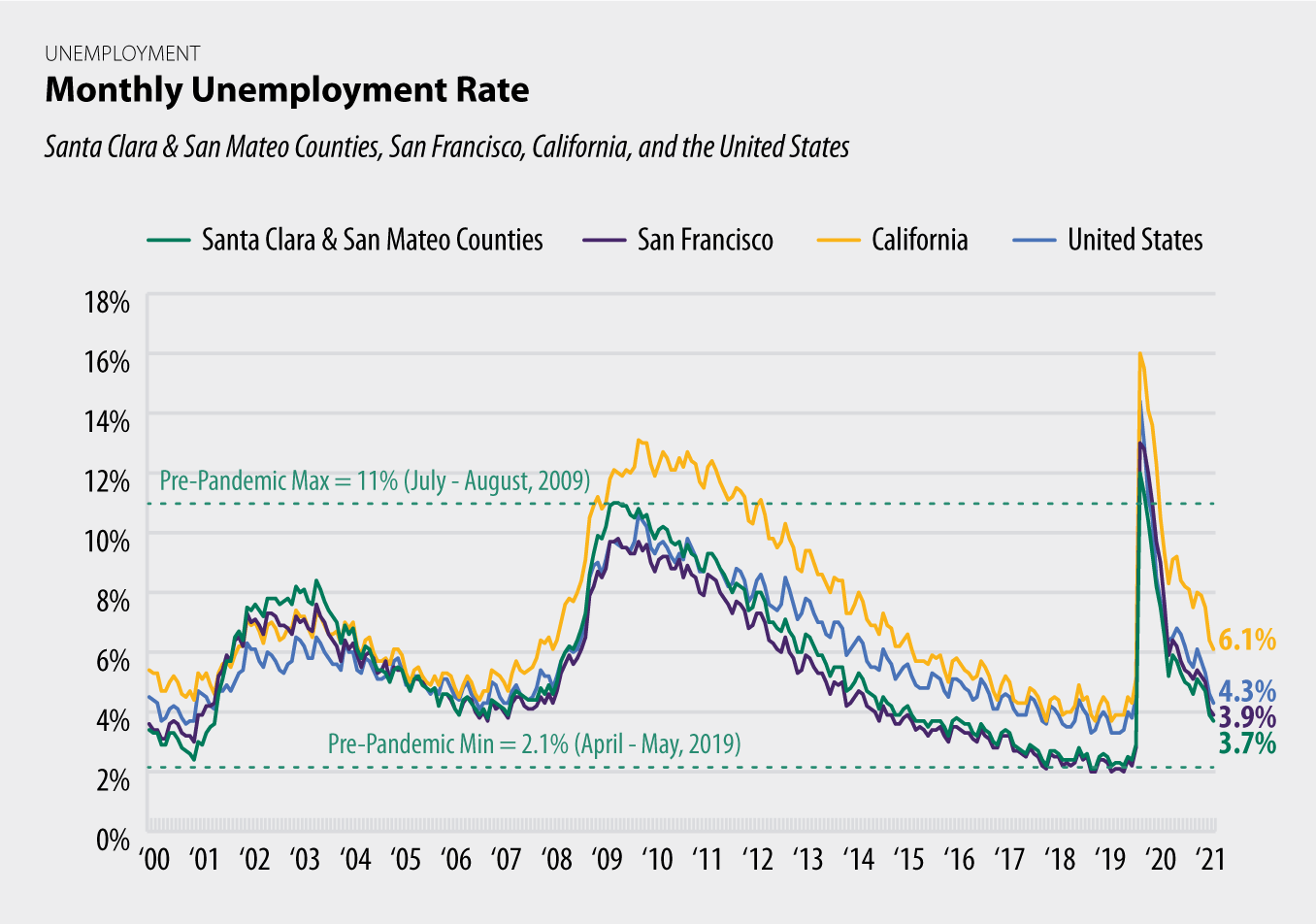 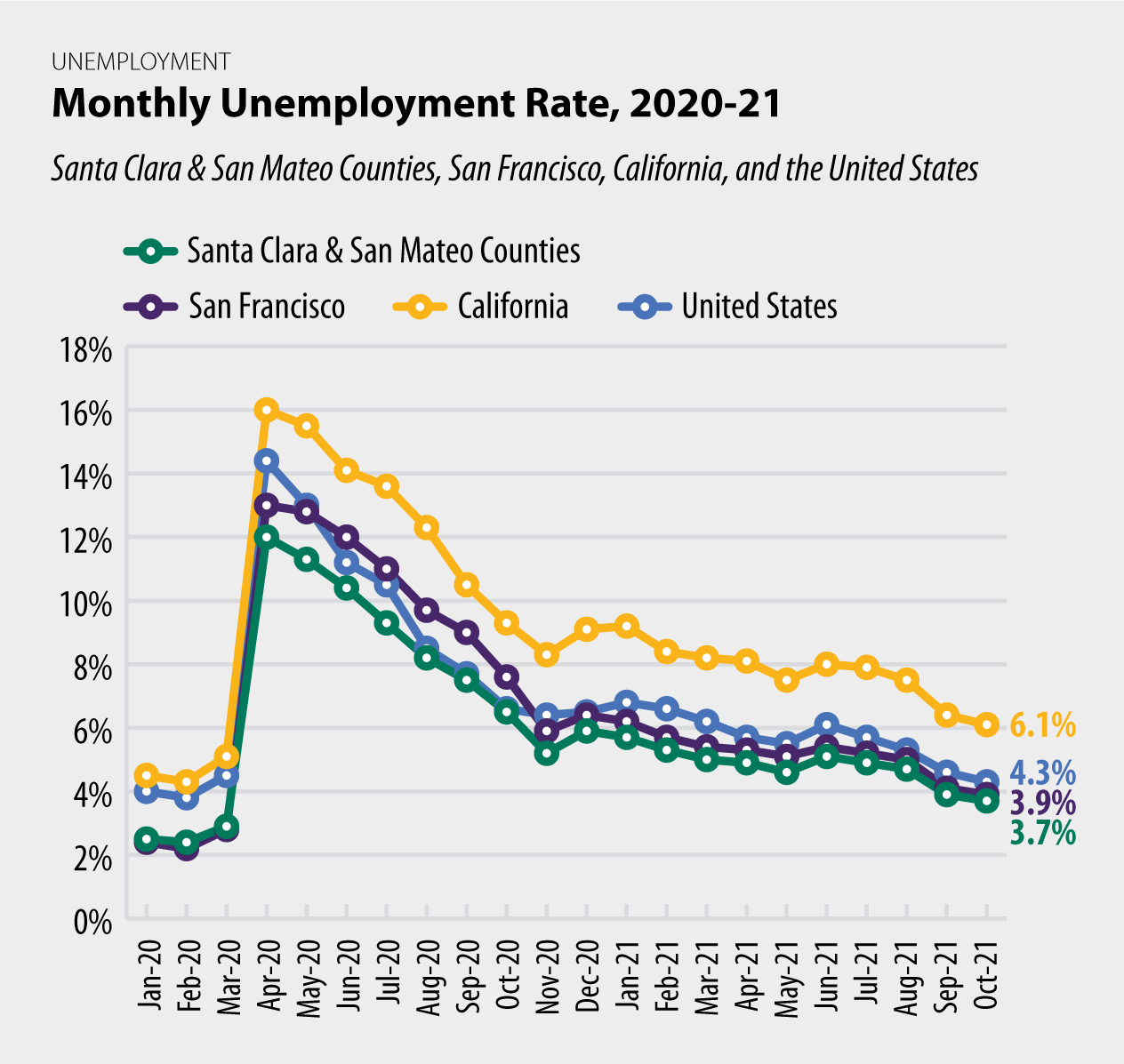 Monthly unemployment rates are calculated using employment and labor force data from the Bureau of Labor Statistics, Current Population Statistics (CPS) and the Local Area Unemployment Statistics (LAUS). Rates are not seasonally adjusted. County-level and California data for September and October 2021 are preliminary, and county-level data for October are from the California Employment Development Department November 19 release.