Hiring falls 25% since onset of COVID-19

May 11, 2020 – Joint Venture Silicon Valley’s Institute for Regional Studies today released a comparison of changes in Bay Area hiring month-over-month since February. The Institute compared the results to the United States overall and against 10 other metro areas. The analysis follows the May 7 release of national and metro-area hiring data from LinkedIn’s Economic Graph.

The analysis shows that between February and April of 2020, the Bay Area experienced a 25.3% decline in seasonally-adjusted hiring. This compares to a 1.2% decline in the month before the widespread COVID-19 cases in the U.S. and shelter-in-place orders. “When we reported the decline in hiring rates last month, we knew it was just scratching the surface of the pandemic-impact,” said Rachel Massaro, the Institute’s Director of Research. “With the release of this new hiring data, we see that there was, in fact, a significant decline in April hiring rates locally and in regions across the country.” 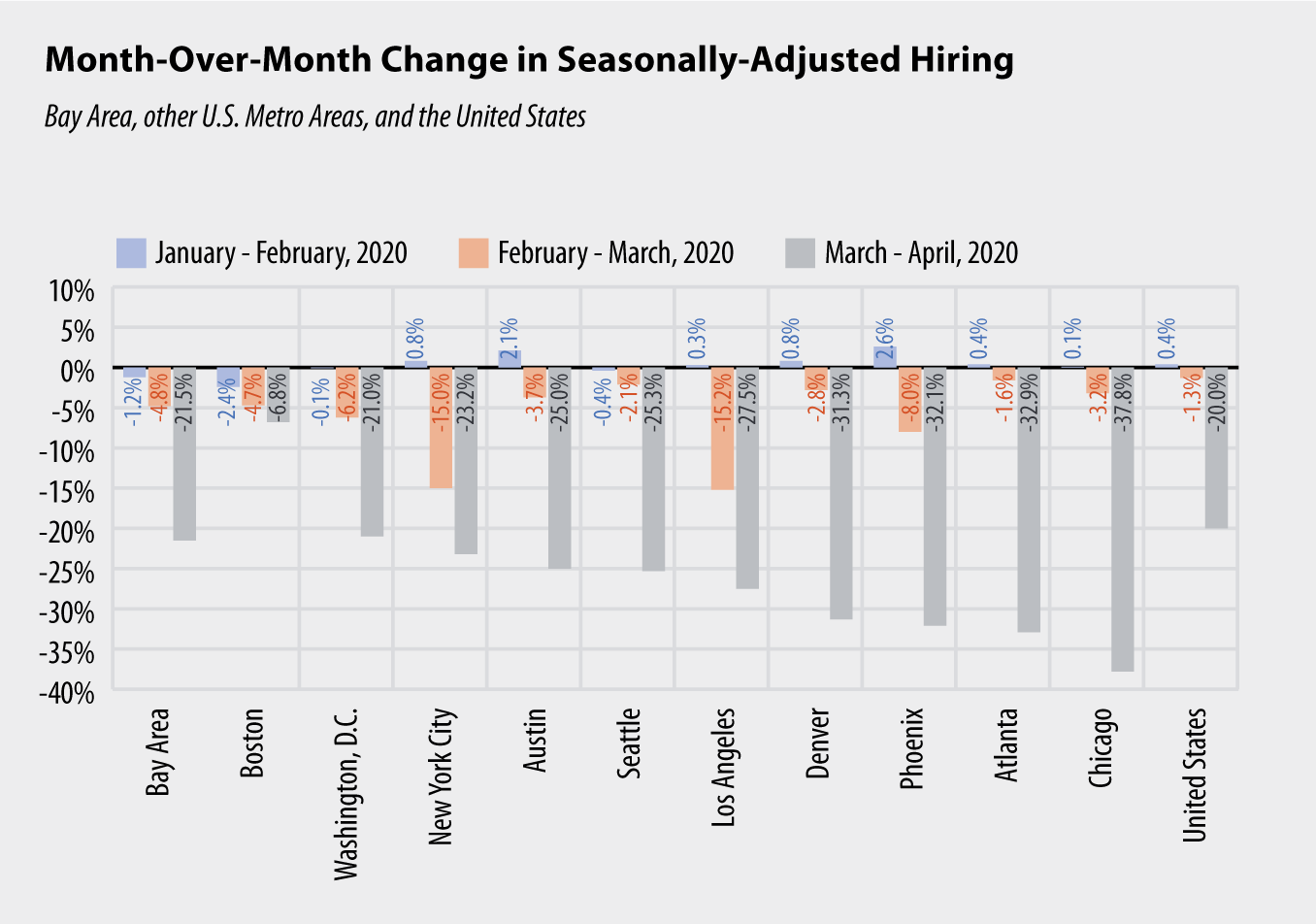 In April the Bay Area had a 21.5% decline in hiring rates.

In the month of April alone, the Bay Area experienced a 21.5% decline in seasonally-adjusted hiring rates; that compares to a 24% month-over-month decline in the United States overall. 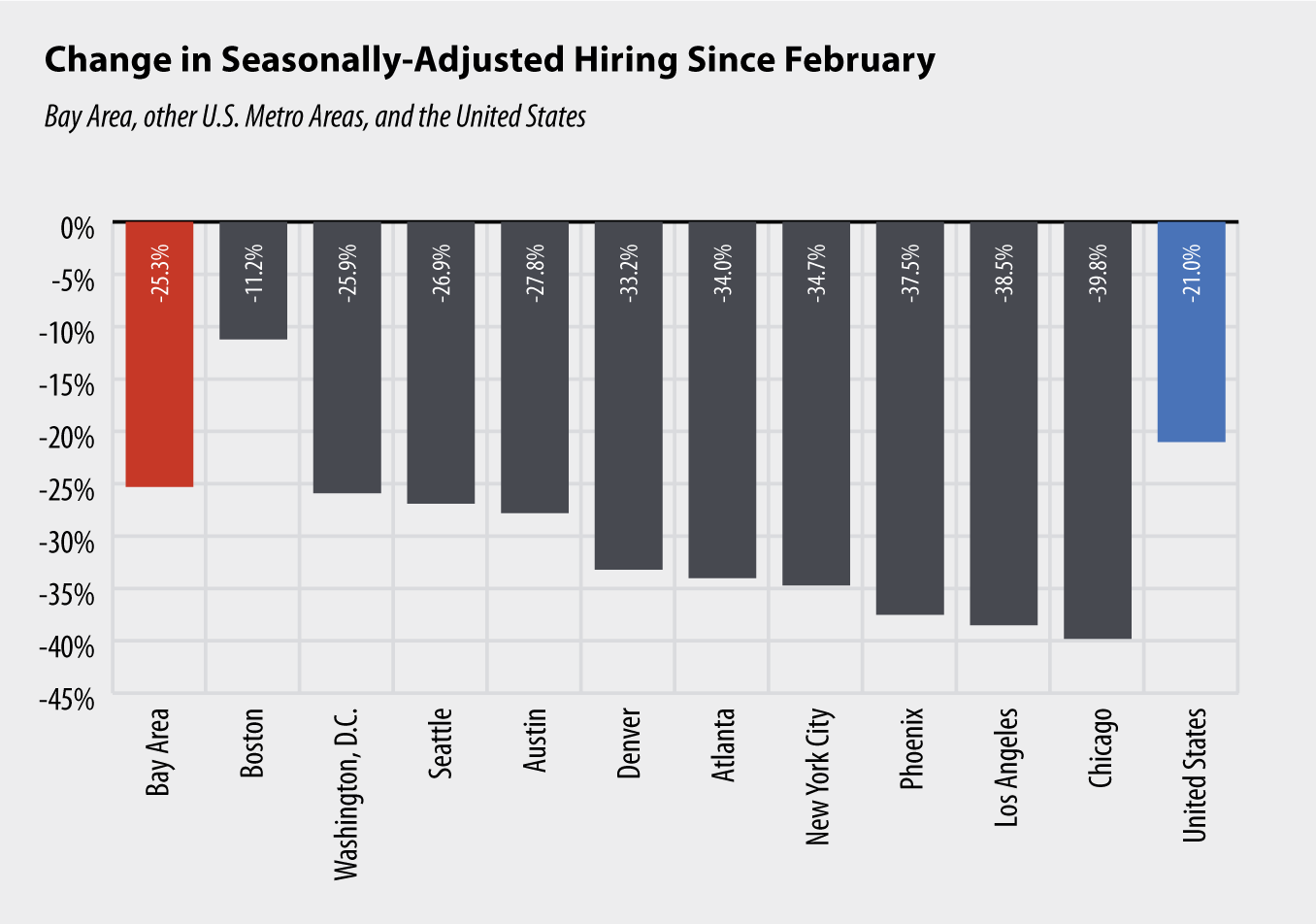 Nationally, April hiring rates varied significantly by industry, with public safety (-5%) and education jobs (-7%) doing fairly well compared to others.1 The only industry with hiring rates that increased in April was hardware and networking, up 2.3% since March.

“Nationally, hardware and networking was the only industry to ramp up hiring in April. Silicon Valley’s dense concentration of semiconductor, ISP, wireless, and networking equipment companies was likely a factor in keeping the hiring decline more muted here than elsewhere,” said Massaro.

Data is from the LinkedIn Economic Graph Workforce Reports, and include month-over-month changes in seasonally-adjusted hiring. Data are based on LinkedIn members and therefore primarily include business professionals.