January 21, 2022 – The employment rate in the Silicon Valley region is now on par with mid-March 2020, just prior to shelter-in-place orders for the Bay Area. Silicon Valley employers added more than 10,300 workers between mid-November and mid-December, lower than the job gains over the previous month-long period (+12,700 jobs), while the unemployment rate dropped to 2.9%, according to analysis by Joint Venture Silicon Valley’s Institute for Regional Studies. The total number of unemployed in the region dropped to 42,600 by mid-December, representing a decrease of nearly 3,900 since mid-November. Since April 2020 and the initial job losses associated with the beginning of the COVID-19 pandemic, Silicon Valley has recovered more than 184,000 jobs, or job growth of 14.6%. The unemployment rate in Silicon Valley in November was 2.8 percentage points lower than it was at the beginning of 2021 (January), and 9.2 percentage points lower than April 2020.

The analysis follows the January 21 release from the California Employment Development Department (EDD). National-level data for December was released by the U.S. Bureau of Labor Statistics (BLS) on January 7.

Trade, Transportation, and Utilities jobs represented the greatest month-over-month growth in the greater Silicon Valley region (two metropolitan statistical areas, or MSAs) in December. Retail Trade added 2,000 jobs as part of the larger sector from mid-November to mid-December (most likely due to staffing for the holiday season), followed by Transportation and Warehousing (+1,700 jobs). Within Professional and Business Services, Computer Systems and Design and Related Services has added 10,400 jobs (+6.0%) since March 2020, undergoing steady growth despite the pandemic. Leisure and Hospitality added 3,300 (+1.8%) jobs from mid-November to mid-December, with Restaurants accounting for 1,800 of those jobs.2.8

“The unemployment rate was cut in half in Silicon Valley between January and December 2021, returning to the March 2020 level 21 months into the pandemic,” said Ryan Young, Research Manager for BW Research and an affiliated researcher at the Institute. “Despite positive news related to the unemployment rate, the economic landscape continues to evolve in differing directions, with industries such as Professional and Business Services and Information undergoing strong employment growth, while others such and Leisure and Hospitality continue to sit far below pre-pandemic levels.” 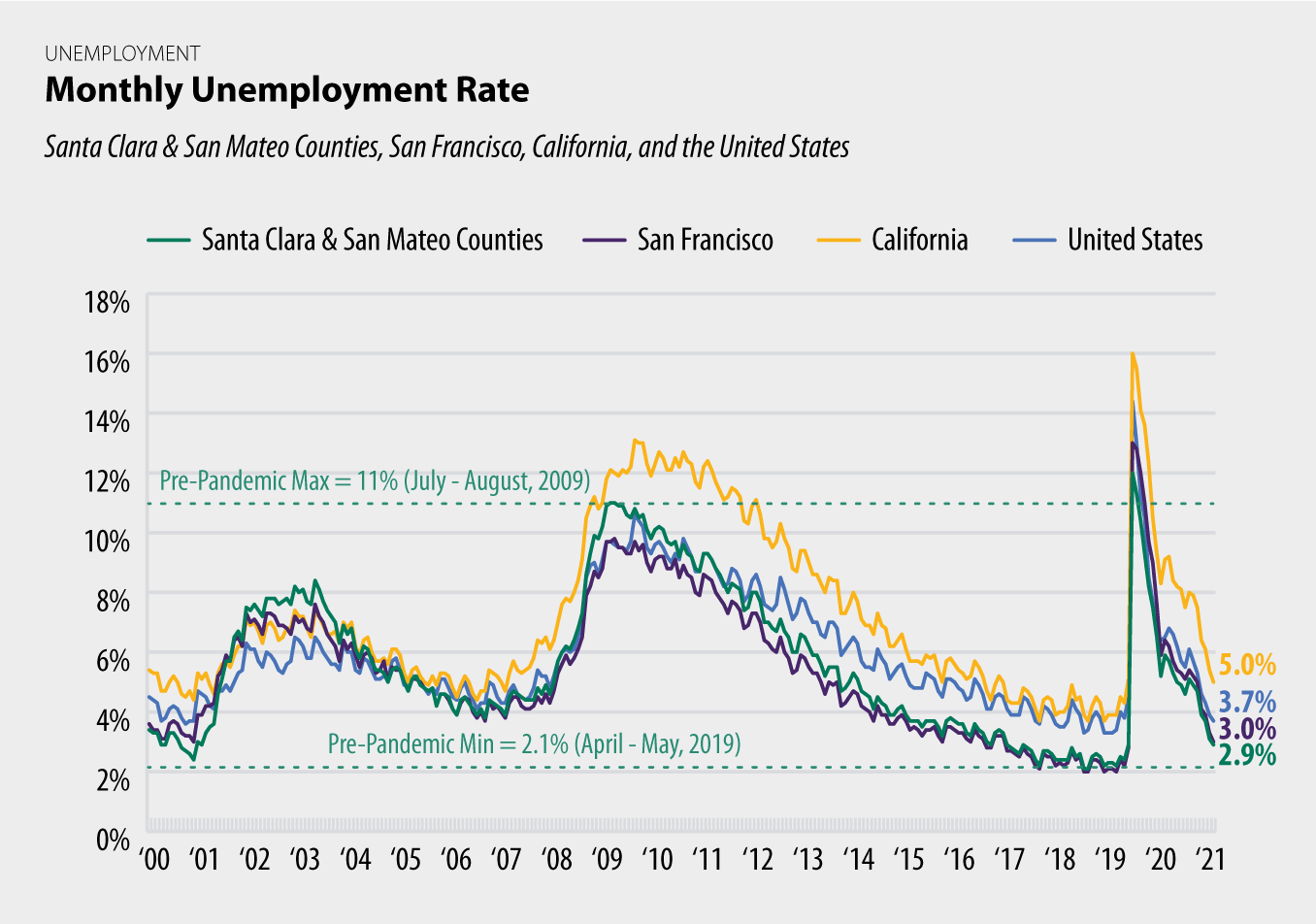 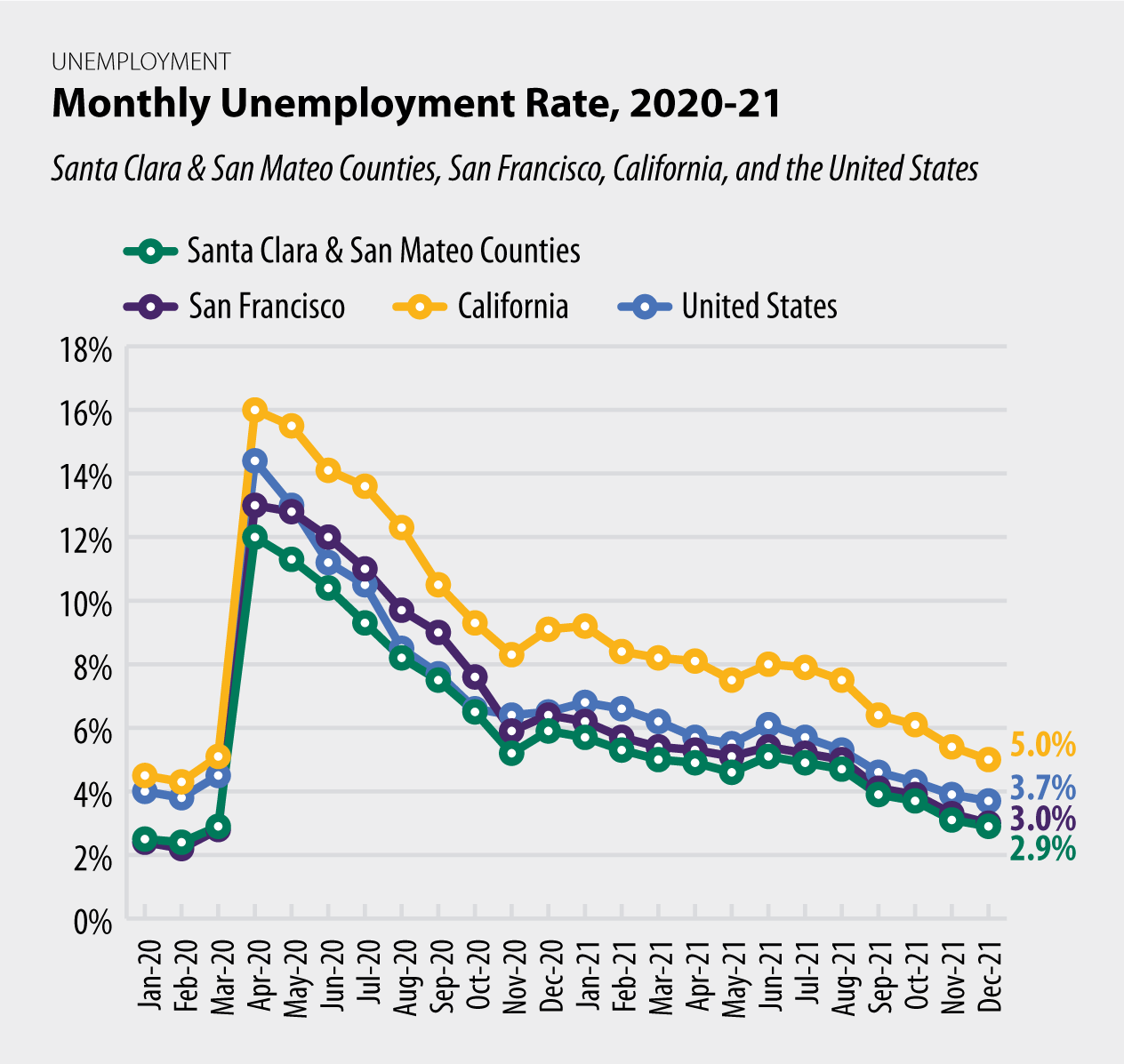